Star Wars Legion: One Year In And Going Strong

Star Wars Legion has been around for a whole year now, let’s take a look at the state of the game.

Last March saw the release of Star Wars Legion. Too me it’s surprising in someways that  Legion is ONLY a year old. It seems like it should be older, most likely due to how eagerly I was waiting for it to come out. Legion was, for me at least, the best game to come out in 2018 and is still an amazing and fun game. It’s easy to play, and if you haven’t you really should give it a shot. With this week being the one year anniversary I felt it was a good time to stop and take a look at the state the game is in, and where it might be going. So lets dig in. 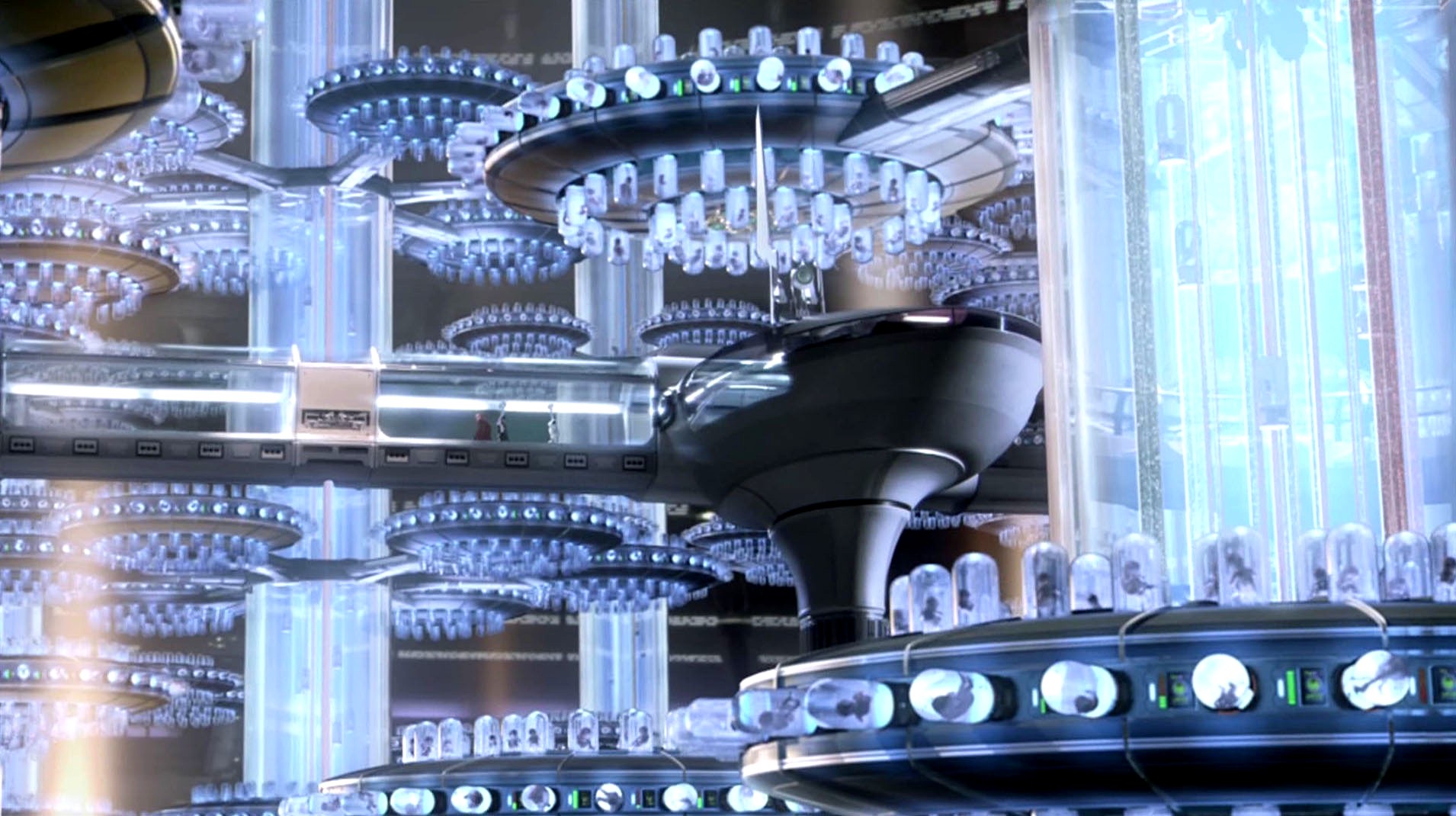 Legion has seen some very rapid growth in its first year. This is a very good thing for the game, as slow growth or a slow release schedule can really hurt a game in the early stages. This seems to be a lesson that FFG learned from X-Wing, whose lack of product in the first year hurt it, and in particular from Runewars which suffered even worse from a lackluster release schedule. With Legion, FFG really kicked it up a gear. The original launch had the box set and then 4 units/boxes for each of the two factions. A good start but very limited.  Currently there are 17 Rebel expansions sets released or announced, and 15 Imperial (with two more expected to be announced any day to mirror the most recent Rebel announcements).

This means the game has gone from 8 units to 32 in a year, with regular releases coming out week after week. That’s substantial growth for a new game. In addition to the two factions we’ve also seen a few terrain expansions, as well as mats, dice and other accessories. This had lead to a lot of options in the game, and if this pace keeps up the game will only continue to grow well in to the future.

The major upshot of the rapid growth is that the two armies, Rebels and Imperials, feel pretty fleshed out at this point. Each list has a good number of options in the various slots, with several distinct play-styles available to them. At the same time there aren’t so many units that you have an over abundance of choice or that units feel redundant (thought that may be changing). With the 17ish sets each faction has they have about 20 units to pick from. If we compare that with factions from other games, that actually comparable. There are factions in 40K, Harlequin’s and Custodes, that have fewer units in their Codices, and it’s more than twice as many units as any of the factions in Runewars got. Overall the current two factions are in a really good place. 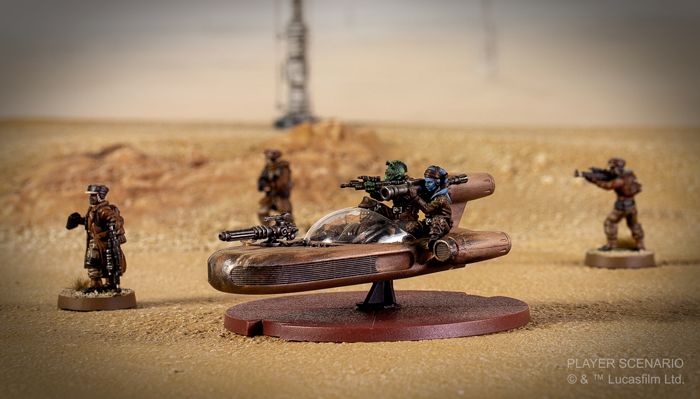 I personally love the Star Wars look and so have been very happy with the Legion models across the board. I think they’ve done a great job of bringing Star Wars the the table top and that they look great. That being said some of the earlier models were not loved by all fans, Han and Leia were not the most popular. A lot of the early stuff was also a bit on the basic side, lacking any customization options, and with some more basic poses. Lately however we’ve seen Legion models really hitting their stride, with increased customization in units like the upcoming Occupier Tank or with characters like Sabine and Bossk. We’ve also seen an amazing limited edition Vader model, with hints of more to come. While the models were never bad, they’ve only gotten better, a win for all Star Wars fans.

Are People Playing The Game? 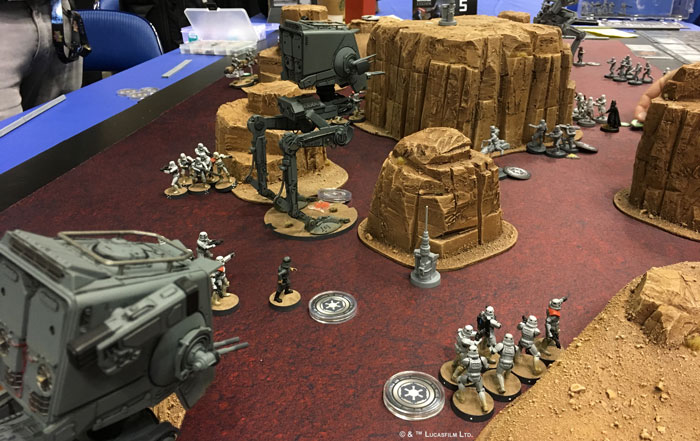 This is of course the most important question and the hardest to answer. There is simply no solid way for us to tell how well the game is selling or how many people are playing. According ICv2 (which ranks these things “based on interviews with retailers, distributors, and manufacturers”) Legion held the #4 slot in best selling Non-collectible miniature games last spring, and dropped to the #5 slot in the fall. That’s a very respectable place for a brand new game to be, putting it currently ahead of offerings from Privateer Press, Warlord, Mantic and  Corvus Belli, all well established and respected games. Add to the fact that two of the games ahead of it, Age of Sigmar, and X-Wing had very successful 2nd Editions come out after Legion’s release and it’s a strong showing. We’ve also seen a large number of 3rd party terrain makers popping up suggesting there is a market. 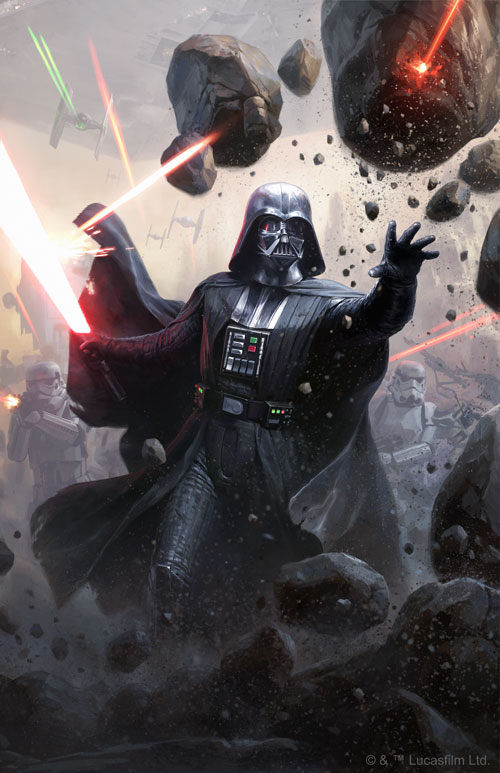 As to actual players its hard to see. My local store has regular game nights, and I’ve seen people playing elsewhere. FFG organized play supports Legion, and that is continuing to ramp up. With only a year in its hard to really judge numbers. And thats the biggest thing. Legion is still a very new game. Many players are still learning, building and painting up models. Pretty much all games have struggles and seem small after their first year. It seem clear people are playing, and that I would guess that number will grow. 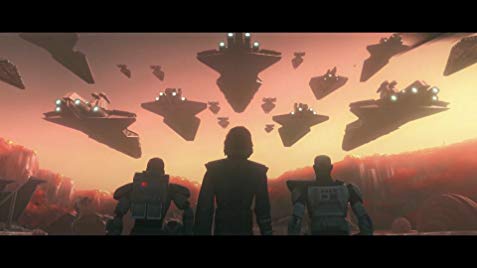 So were does Legion need to go next? The biggest thing holding Legion back at this point is that there are only two factions. No matter how much you add to those factions its going to stifle the diversity of the game. Legion really needs additional factions. Luckily at Gen-Con last year they announced that Legion would be getting Clone Wars factions. We haven’t heard anything more about these yet, but I would expect them soon. As I said above both Rebels and Imperials feel pretty fleshed out, and don’t really need many more units at this point. Now is the perfect time to start moving to the Clone Wars. If FFG can keep up the pace, in another year we will have 4 fleshed out large factions. If we don’t get new factions by the end of the year though, I would be worried.

The biggest thing I say to people who are on the fence about Legion, or think its not doing well, is that the game is very young. Pretty much every single game has struggled in its first year.  Most new games see a burst of excitement around release that dies down as players start building and painting and digging into the rules. FFG’s most successful game, X-Wing, had a rough first year. Age of Sigmar caught a LOT of flak during its first year and many thought it was going to fail outright. Now it’s often considered GW’s best game. Even the giant that is 40K didn’t really “take off” for several years. Many games don’t really come into their own for a few years, around when they get a 2nd edition in a lot of cases. Right now Legion is getting constant support and new releases, seems to be selling well, and has supported organized play. Those are all very good signs and point towards a healthy and long lasting game. All in all I would said dispute the common first year struggles, Legion is going strong and growing.

Let us you know what you think about Legion’s first year, down in the comments!