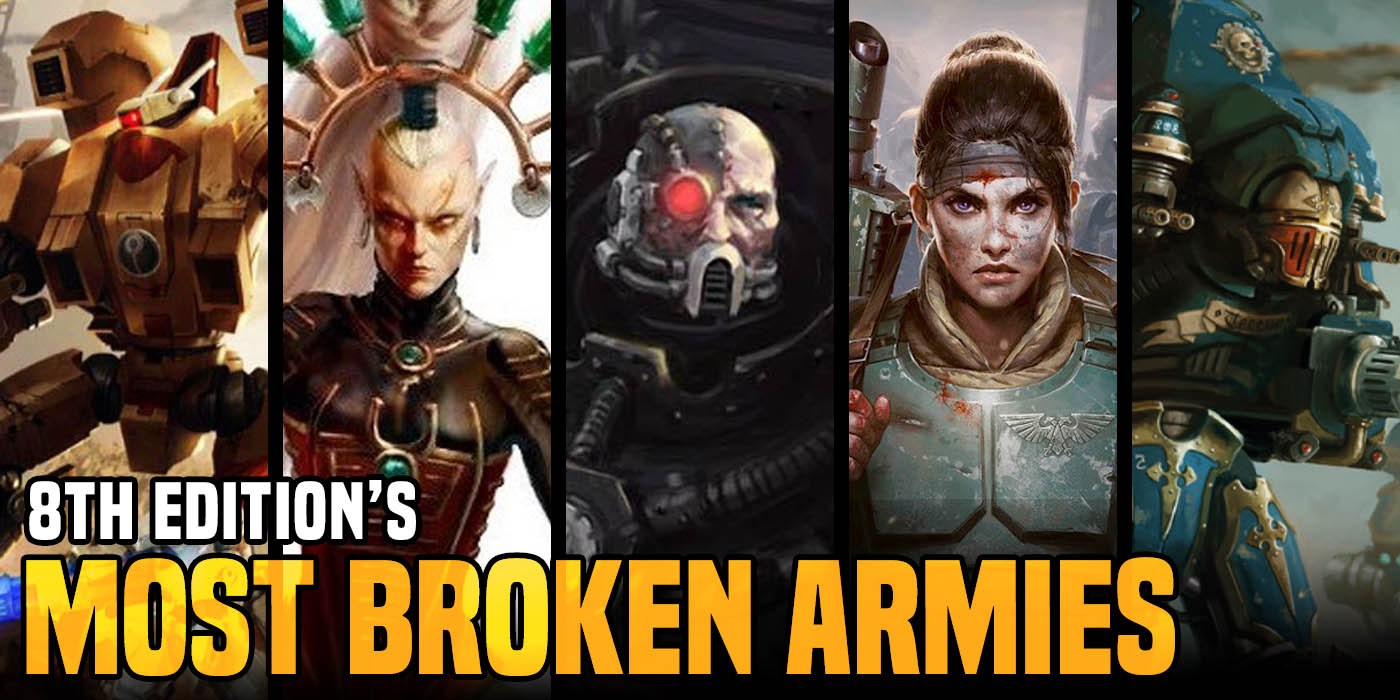 Let’s take a look at the armies that defined 8th Edition’s meta, and how broken they were.

With the ninth, and surely not final, edition of Warhammer 40,000 fast approaching it is a good time to look back and reflect on the past few years. 8th Edition was a bit of a roller coaster. The game went through many changes in three years, and the meta fluctuated a lot, even while a handful of armies stayed at the top for massive periods of time. 8th saw what was almost certainly the largest and most robust competitive scene out of any Warhammer edition with more events, players, and reporting happening around the world. Over the three years, a handful of armies really rose to the top and became staples of the scene. These armies defined both how the game was played and how it was FAQ’d. Today lets look at the five top armies of 8th, which in many ways means the five most broken.

This list was an early start in 8th’s meta sweeping major events, LVO, BAO, and SoCal in the first few months of 8th, while most armies were still scrambling to get a codex. The lists that won all three of these major events were pretty similar, starring Conscripts and a ton of Taurox Primes. The NOVA And SoCal winning lists also featured Celestine, a ton of Pyskers, and random Elysians. The BAO list, the first of these events chronologically, dropped Celestine and some Pysker for a bevy of Basilisks and some Scions. These lists worked in a pretty similar manner, spamming troops, assault characters, and long-range firepower.

While they seem fairly tame compared to today’s armies, in a game focused on the Index armies they racked up a series of early victories. On display were several hallmarks of early 8th, Conscripts, mixed armies in the same detachments, and Smite spam. All of these tactics would later get FAQ’d. In the case of this army however, it was the release of new books more than FAQs that kicked it off the heap.

You know the list. Three Riptides, a bunch of drones, some Commanders in Suits. It’s the list that Won NOVA and the Atlanta Open. This list was a terror on the battlefield and one of the dominating lists of the second half of 8th Edition. This was also one of those lists you just didn’t want to see across the table from you as it was really wasn’t fun to play against. In particular, it was very good vs the new Space Marines and in the hands of a top player, it could give almost any army a run for its money. However, despite winning some major events it never really dominated the meta at the time it was popular. Ultimately this army ended up being second fiddle to the Iron Hands lists, to the point where Richard Seigler, the man who took T’au to their heights, abandoned them in favor of  Space Marines for LVO. This is a strong and arguably broken list, but it needed a really good player and thought to win.

This was another list type that any player of competitive 40K will instantly recognize, and indeed can likely recite from memory. While there were several different variants of Knight armies that did well one really was heads and shoulders above the rest. It centered on a House Raven Castellan backed up with Imperial soup. Many of the best lists, such as Brandon Grant’s LVO winning list, backed the list up with pure Imperial Guard support, flooding the table with troops. Other versions went with a mixed approach – throwing in the points efficient Blood Angels battalion sporting three minimum sized squads of Scouts and a pair of Smash Captains, along with Guard support, sometimes just the Loyal 32 sometimes more.

Variations on this list probably dominated the meta for a longer period of time than any other army type. This list was likely one of the most complained about lists as well, as it ended up being incredibly popular, and spawned a number of other similar Knight lists that sometimes made up to 30% of major events. Ultimately however these lists were beatable, though it was difficult. A few nerfs and a new Space Marine book and this list passed into memory.

Before Iron Hands, before Knights, and Riptides, there were the Ynnari. Ynnari were probably the first majorly broken list of 8th, sweeping up a huge number of major wins with seemingly no counter. This list made Dark Reapers and Shining Spears relevant for the first time in decades. While a lot of the early winning lists relied on under costed Index units or the loose army constructions rules of the start of the Edition, Ynnari bloomed with Codex armies (though it still used Index rules for the Ynnari faction). They where the first army to really win a ton of events by abusing stratagems and had some very questionable tactics with mixed detachments. They were on top for a long time, and when they were running well pretty much no one could stop them. They weathered a number of major rule changes and nerfs and still stuck around until GW finally got tired and nerfed their core strategies into the ground. With that down the Space Elves diminished and went into the west, by which I mean they changed into Eldar flyer spam and remain annoying.

While not a list that dominated the meta for a long time, Flyrant Spam earned itself a mention here nonetheless. This list had a very brief period where it won Adepticon and some UK events and scared everyone silly. It was based around using 6-7 Flyrants and a ton of Spores and Mawlocs to control the board while delivering a ton of pinpoint firepower. Within a few weeks of it being popular, it was nerfed into non-existence, and its widely considered a major reason behind the introduction of the Rule of Three.

Space Marines in general, and in particular Iron Hands have dominated the meta since their release last August. It should surprise no one that they’ve taken the spot of dishonor on here as the most broken list in 8th Edition. Iron Hands in particular have won a huge number of major events. They did this despite getting nerfed several times, with each nerf simply revealing another broken army. Their final, LVO winning form is arguably the single most broken list in 8th Edition’s history, featuring a unit that can soak multiple turns of Warlord Titan shooting and is functionally unkillable, while also putting out a massive amount of firepower. Even though this list prompted another, fast, FAQ that killed it, Iron Hands remain a top tier list. Indeed with the unfortunate shut down of most major events starting in February, Iron Hands’ LVO win means the are more or less the winners of the last major 8th Edition event.

Let us know which 8th edition army was the most broken, down in the comments! 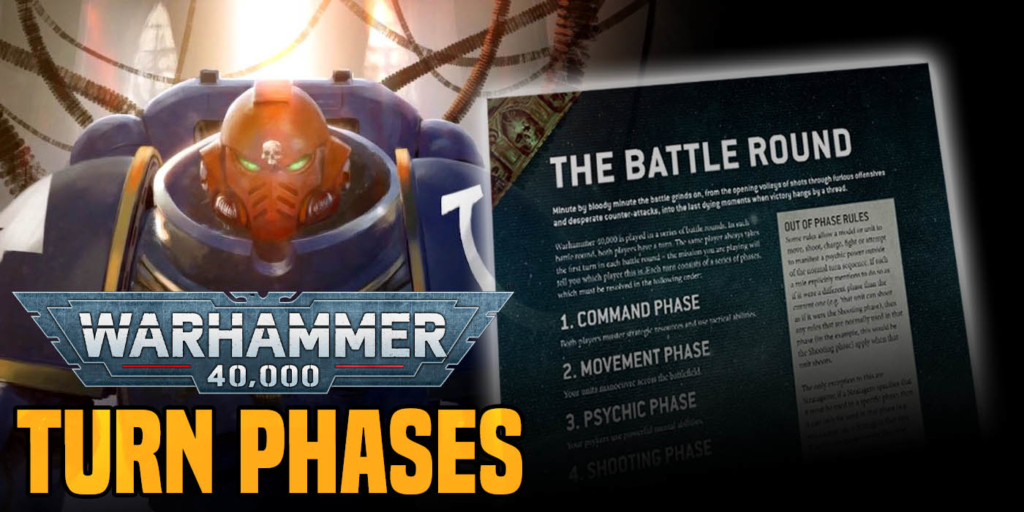