2020 Was A Year Alright, Even For RPGs – Here Are The Highs And Lows 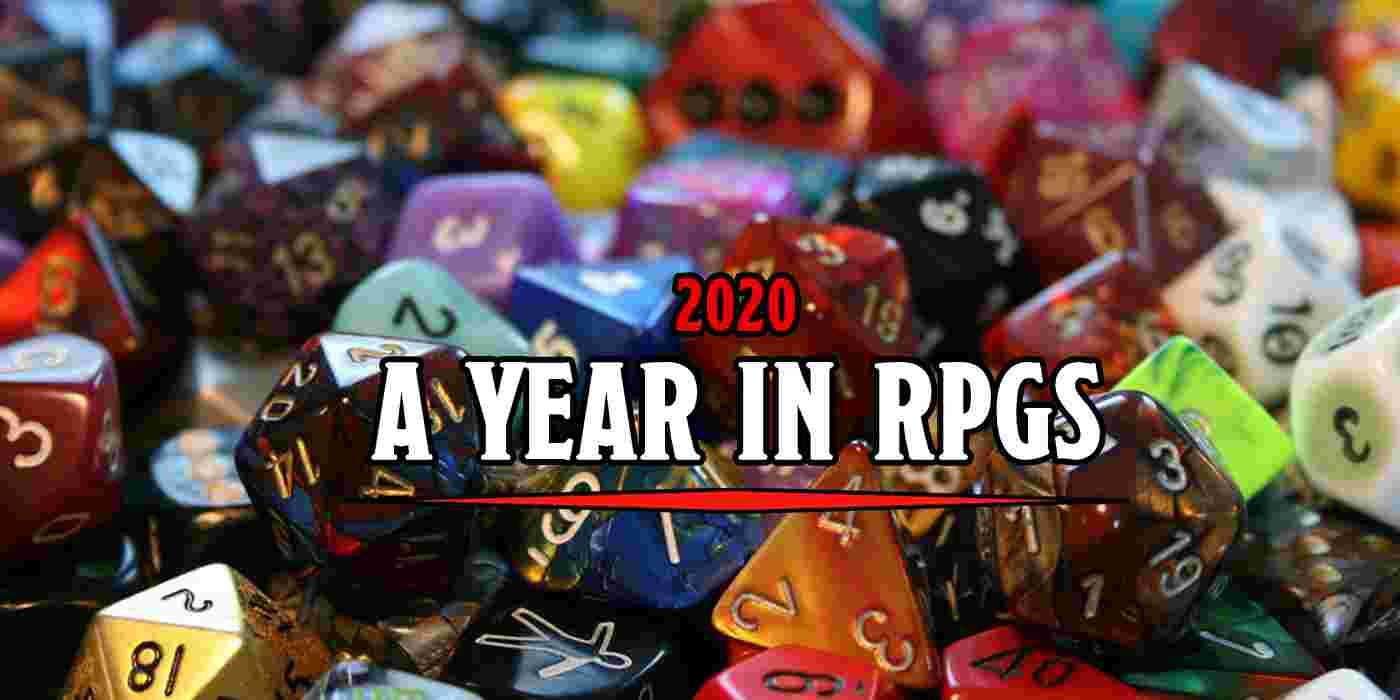 It feels like three years, but as 2020 comes to a close, let’s look back at the year in RPGs. Good, bad, or ugly, here’s what happened.

Say what you will about 2020, it was a great year for practicing your long, far off stare followed by rueful, nihilistic laughter. It absolutely wasn’t worth the price of going through 2020, but at least we’ll all be ready if we’re ever called on to be in a David Fincher film. But we made it through a year that was basically a meme.

Gunshow continues to be relevant, 7 years on

I personally don’t know why you’d want to reminisce about the year–look back on it so that you never forget who sat on their hands or worse, actively stymied attempts to help, during one of the most desperate struggles we’ve seen around the world, absolutely; remember what your plans were back in January/February, and how much of your carefully laid out dominos life kicked over, absolutely. But reminisce?

Even so, we’re an online publication and that means looking back at the year. It’s deep magic from before the dawn of time. I wasn’t there when it was written, but I listen to whatever a lion tells me to do. 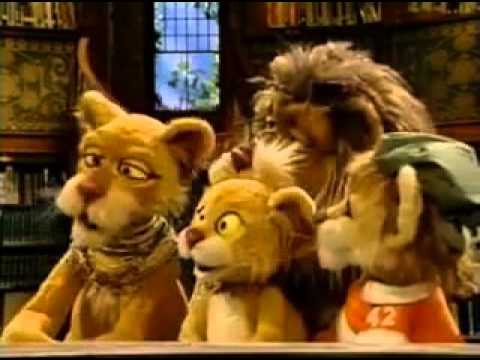 (which is why I’m such a voracious reader).

So here’s a look back at the year that was in gaming.

RPGs Provide Relief For The Bushfire In Australia 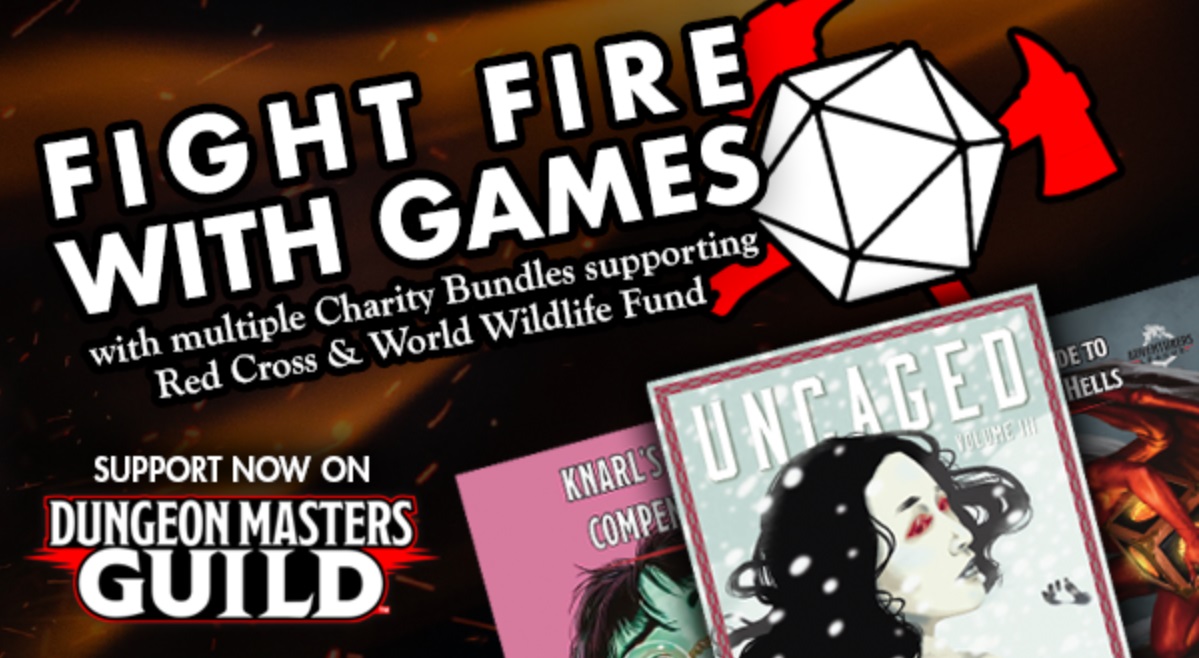 You might not remember it, but it’s telling that 2020 began on fire. Australia was devastated by one of the worst season of bushfires it’s seen, but even then folks were rallying to help raise funds to provide relief for people and wildlife, as many RPG publishers donated their early 2020 sales to help fund rescue efforts, as Chaosium and a group of DM’s Guild Creators did back in January. 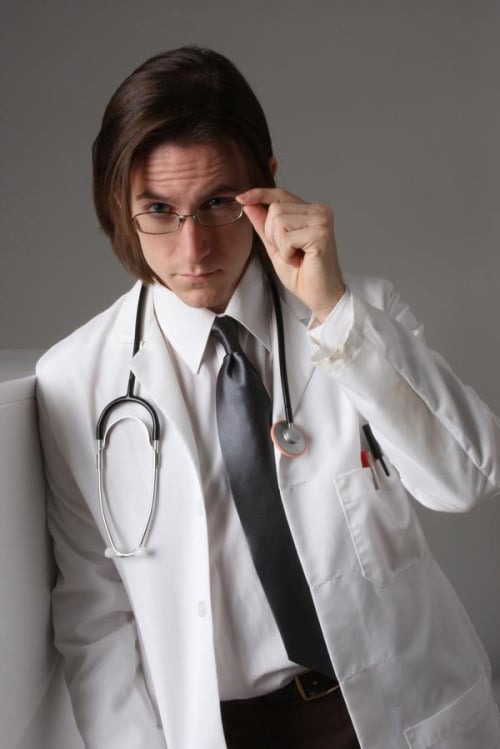 Boy there are segues and then there are turns so sharp your car tumbles over, The Fast and the Furious style into an explosion. But Critical Role’s official D&D book, The Explorer’s Guide to Wildemount came out this year and before it came out, it had already climbed to the top of Amazon’s bestsellers, even beating out such classics as Sneezy the Snowman. It was the most pre-ordered D&D book of all time, apparently, and depending on which corner of the internet you lived on, it was either the best thing about D&D or the thing that ruined it.

Everyone realizes that RPGs are cool, adaptations abound 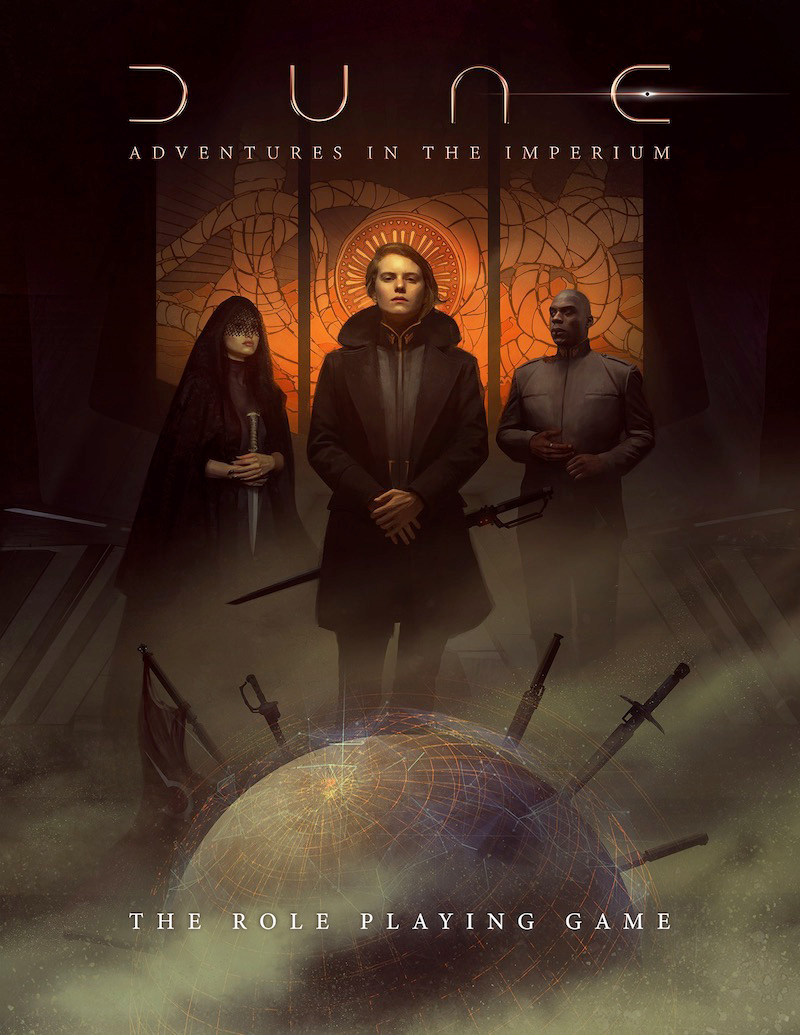 While licensed properties is nothing new to RPGs (in fact that’s often one of the quickest ways to success in this industry), 2020 seemed like everyone was getting in on the action. Stories about how RPGs are cool now, actually, seemed to be in every publication and not long after we heard about RPGs for IPs like Altered Carbon, Dune, Fallout, the Dark Crystal, Power Rangers, the Green Knight (remember when you thought that movies were actually going to be out in theatres this year?). 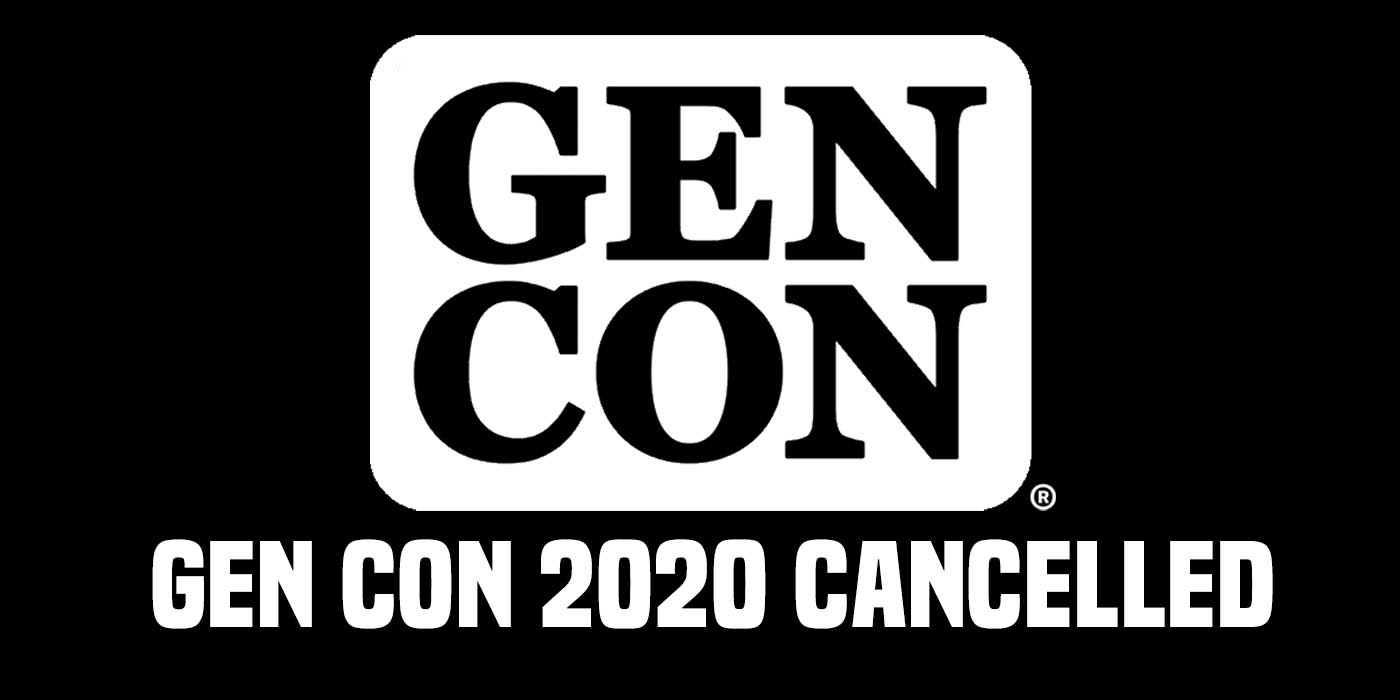 It started back in March with South by Southwest in Austin, which isn’t really a gaming con–it’s more an excuse for the city of Austin to show off how cool, indie, and weird it is by providing a festival for TikTok, Twitter, IBM, Indeed, WeWork, Uber, Lyft, and other fun cool indie artists you might not have heard of like Facebook or Google. But that was one of the first big signs that 2020 was about to take a rapid turn. Not long after the early summer cons were canceled, culminating with Gen Con canceling. which seemed to be the last straw that led to the rest of 2020 getting canceled. Physically at least. 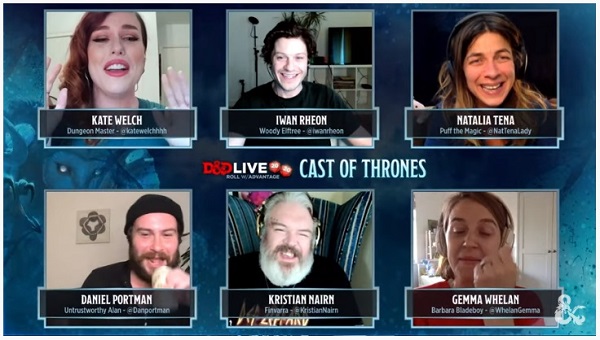 While physical events were canceled, everything went virtual. Gen Con had a digital conference full of panels hosted across multiple twitch streams. I spoke on one of them, it was a good, chaotic time had by all. And Gen Con was not the only event. There were plenty of other virtual cons this year: Couch Con, all of the PAXes past South went virtual, even D&D’s big live events were completely virtual this year. 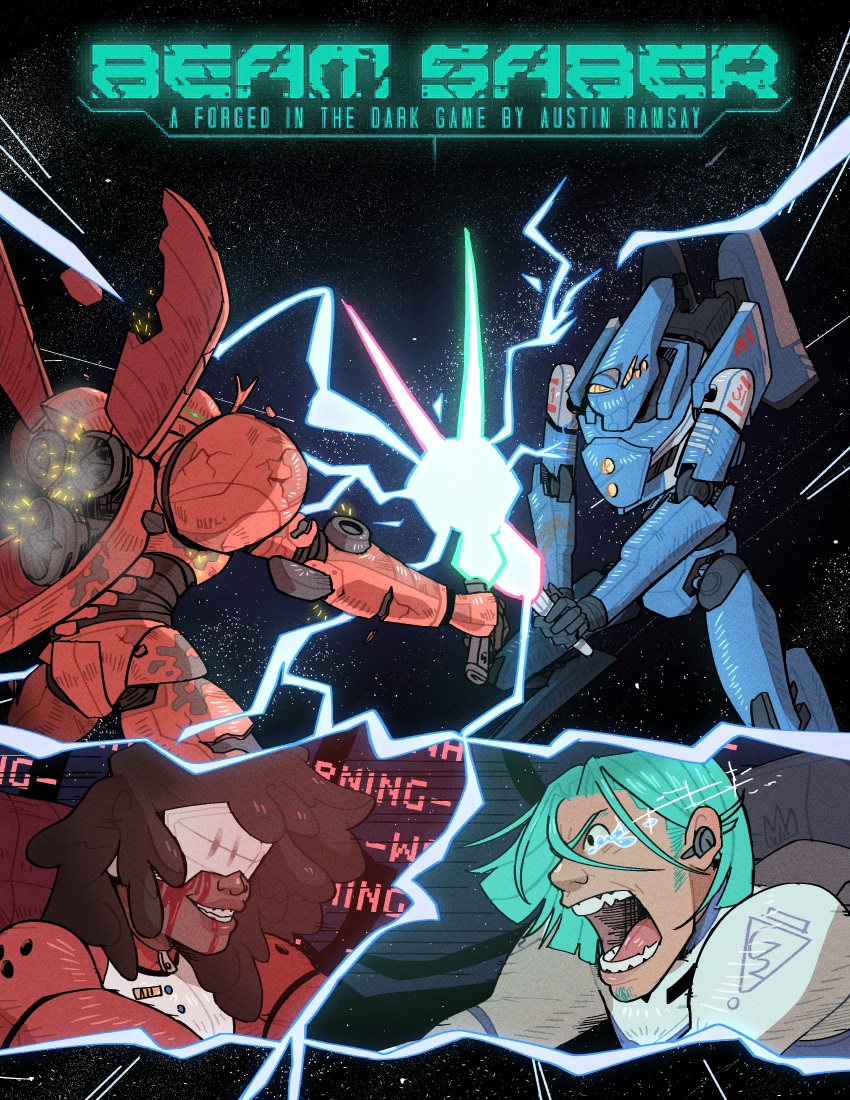 And while this year was a dumpster fire of a year, it did see the success of some of the most innovative RPG ideas, most of which found their audience on Kickstarter. Games like the Telenovela RPG, Pasion de las Pasiones, the Shadow of the Colossus but you pet the monsters instead of kill them Monster Care Squad, Gun & Slinger, an RPG where one player is a gunslinger, and the other one is the gun (trust me, it’s as awesome as you think).

And that’s just a taste of things that hit this year. Kickstarter is also why Mecha games are everywhere right now, especially with the success of Beam Saber, a forged in the dark game about mechs and their pilots. And presumably all the commentary on war that everyone misses in a Gundam series because, cool robots, is also there and being missed because: cool robots.

Orcs Trend On Twitter And Boy Were People Mad About It

Back in April there was a huge round of discourse talking about Orcs and the language used to portray them. The internet argued passionately about whether or not the concept of a humanoid “race” being “savage” and “always evil” leaned into racist stereotypes–especially since orcs typically used some of the language used to refer to real life peoples. It turns out 2020 was a year for looking at racial tensions… 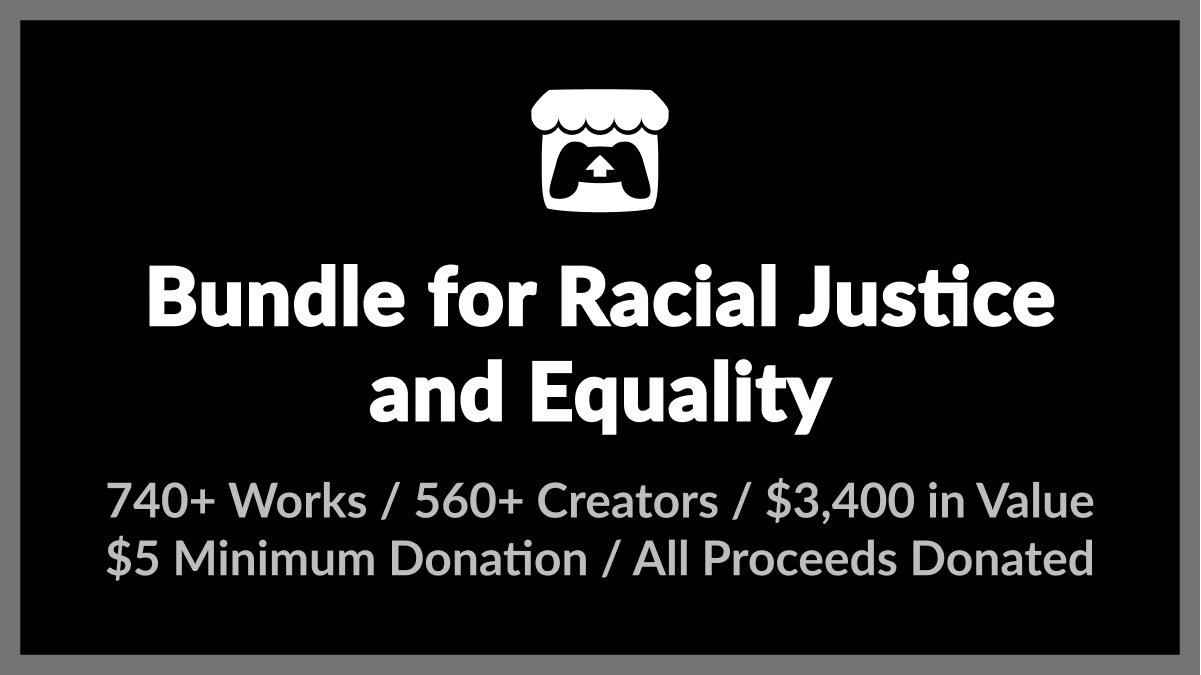 Speaking of social lessons that nobody seems to learn, around the mid point of the year society spoke up, even in the midst of a deadly pandemic, shouting for justice. Justice for George Floyd and Beronna Taylor and Ahmaud Arbery and the many other black people killed before and since at the hands of police. As the nation watched its police brutally crack down on protestors, deploying tear gas and pepper spray indiscriminately while also arguing that they needed more protection and military gear in order to stand up to the nonviolent protestors that they faced who were saying mean things about them, communities crystallized.

One of the big responses to this was a vow from pretty much every corporation to say that they believed Black Lives Matter and to try and take action to do so. But what they didn’t realize was that it’s 2020, and it takes more than just a nice tweet to actually create social justice and the community is here for it. Which led to: 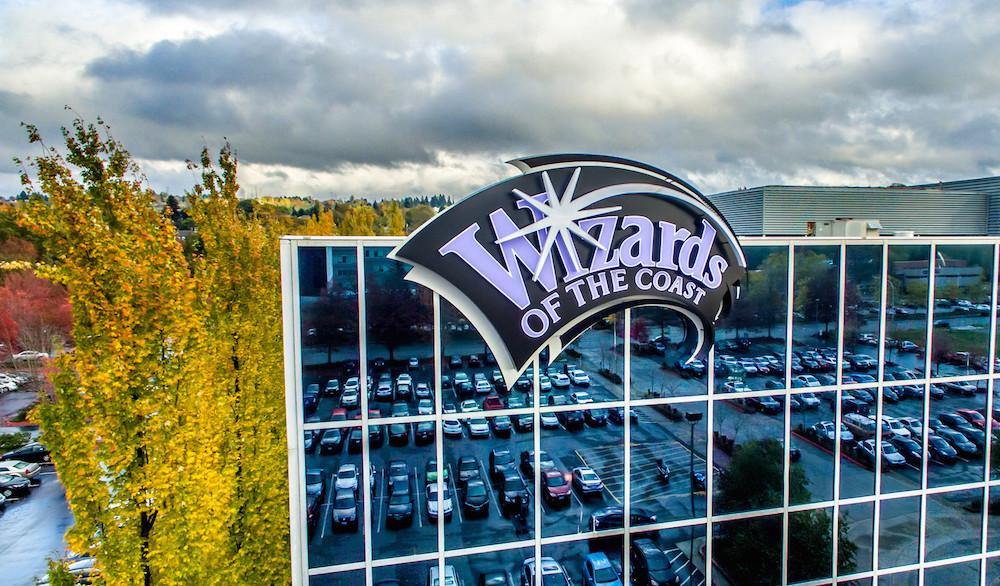 From summer 2020 to early October, Wizards of the Coast seemed to find no end of controversy to be embroiled in. From accusations of racism and an executive staff that doesn’t listen to its employees of color, to continuing to profit off of racist books, to mishandling race in its games–if you’re sensing a theme here you’re not the only one–to censoring queer creators while letting sexist products still be sold. The community seemed to be trying to get WotC to pony up when it came to actually backing up their Diversity Statement with action.

Everyone Got Mad At A Wheelchair 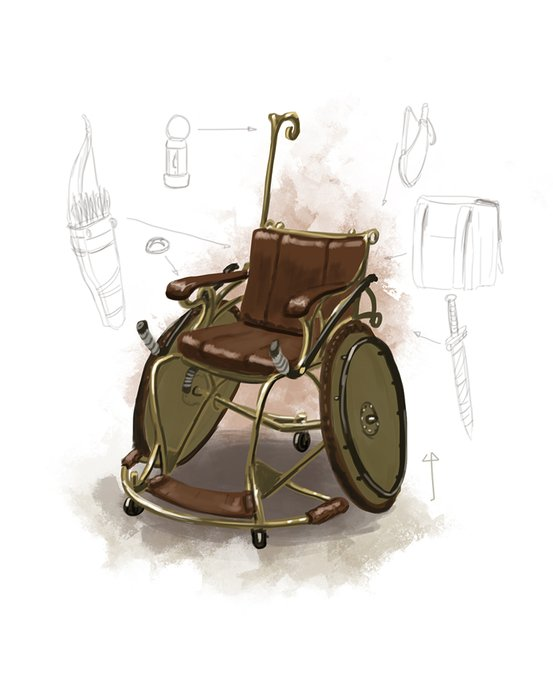 Speaking of social issues in RPGs, just a few months ago, RPG designer and diversity advocate Sara Thompson released a free magic item for use in D&D, the Combat Wheelchair, which was another opportunity for gamers to prove their quality. And while many supported the opportunity for better representation of disabled characters–a group that often gets overlooked–the release of a free, custom item was met with vitriol and death threats from some corners of the community, who seemed to be falling over themselves to be terrible about people different from them having fun in a way that they didn’t understand. 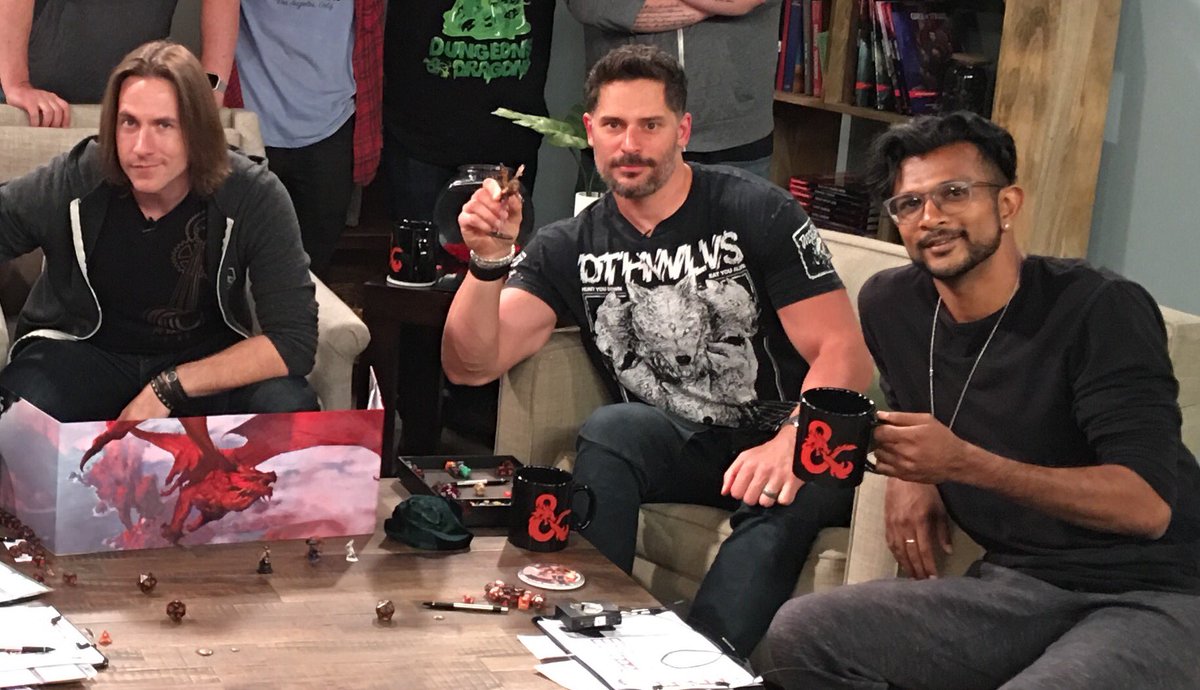 This is all just scratching the surface of the textured nacho that was 2020. We haven’t even touched on Dungeon World creator Adam Koebel forcing an in-game sexual assault on a character and playing it off as a joke, leading to a popular roll20 livestream getting cancelled, Celebrities of all stripes getting together to play D&D, from the cast of Game of Thrones, to British Comedians, to the cast of Stranger Things–it was a huge year for Celebrity D&D.

Baldur’s Gate 3 came out, along with Tasha’s Cauldron of Everything, both of which helped show the future of D&D and how it might be tweaked as 5th Edition carries on.

It was a heck of a year. And whether you loved it or hated it, we’re glad you survived it. Thanks for being here with us, and we’ll see you in 2021.