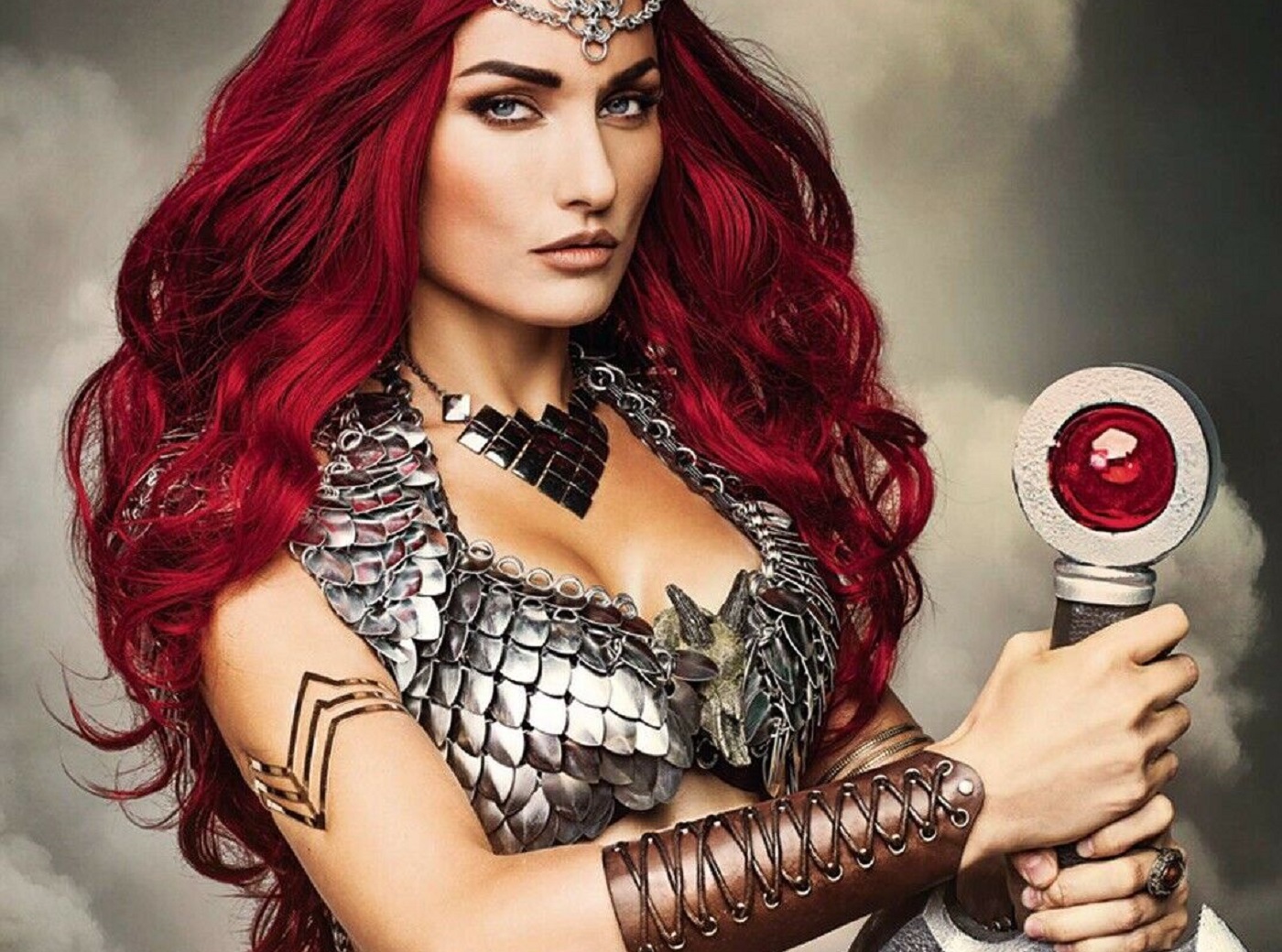 The Day of the Sword is upon us! Lets check out the fierce sword and sorcery heroics of classic Red Sonja Cosplays!

The 1980’s was the heady heyday of the Sword and Sorcery genre. Giants like The Beastmaster, Hawk the Slayer, Conan the Barbarian, Krull, Dragonslayer and others graced the pages of comics and the big screen in tales of epic fantasy. One of the greatest among these is the fierce sword-wielding maven Red Sonja, created by writer Roy Thomas and artist Barry Windsor-Smith for Marvel Comics in 1973. 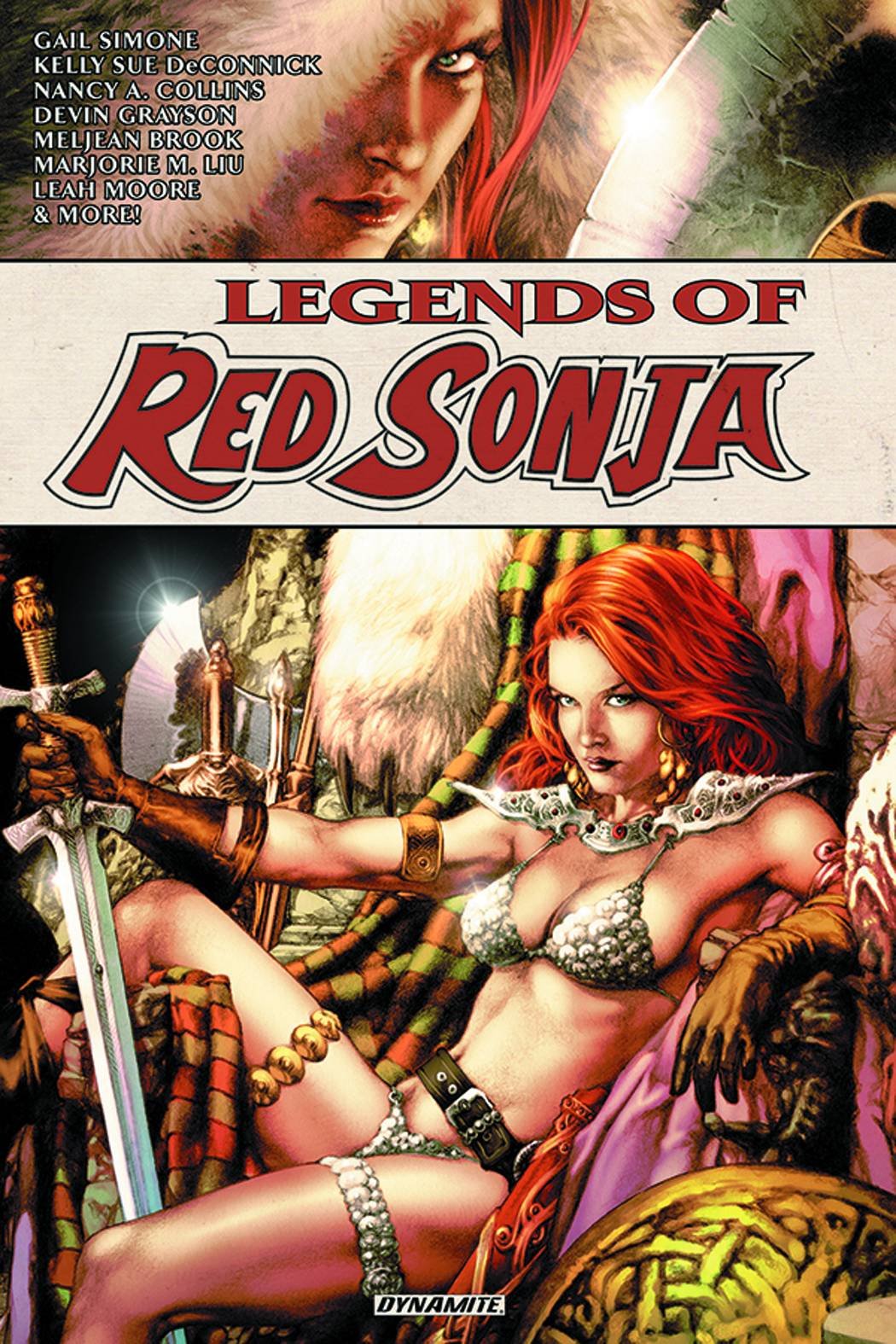 Red Sonja has undertaken many iterations over the years, starting in the Robert E. Howard stories and then into comics, and eventually onto the silver screen portrayed by the stunning Brigette Nielsen in the title role. Strong independent female characters with agency were few and far between in the genre, so seeing a leading lady hold her own and shape the world around her was a very refreshing change. (Though, can we have a talk about the chaffing issues that are caused by leather strapping and chain mail on bare skin for a moment PLEASE?!). 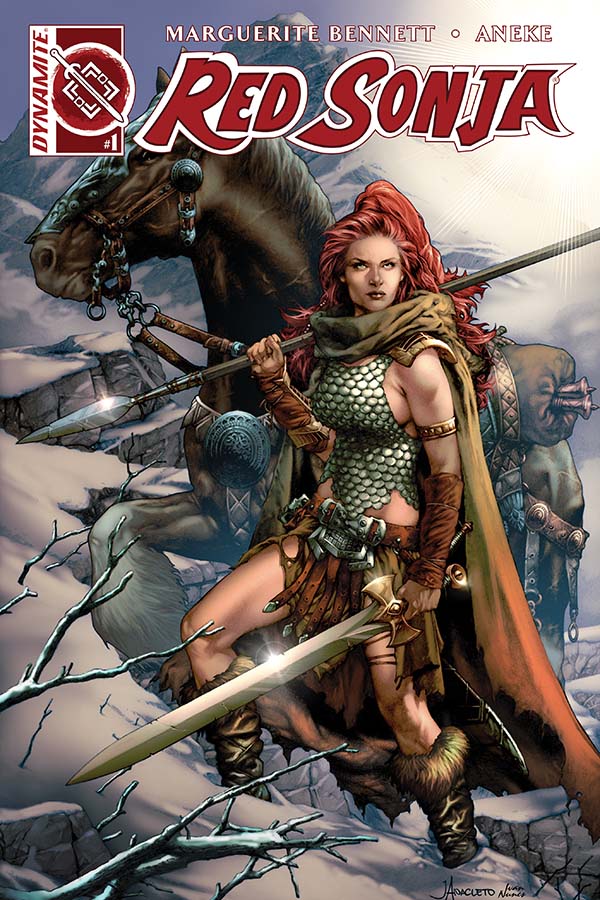 This week we’re paying tribute to the newest generation of Red Sonja adaptation- Red Sonja Cosplays ripped right of the comicbook pages! It takes a ton of confidence (and bra support) to depict the red headed heroine, and we’re here for these gorgeous recreations! 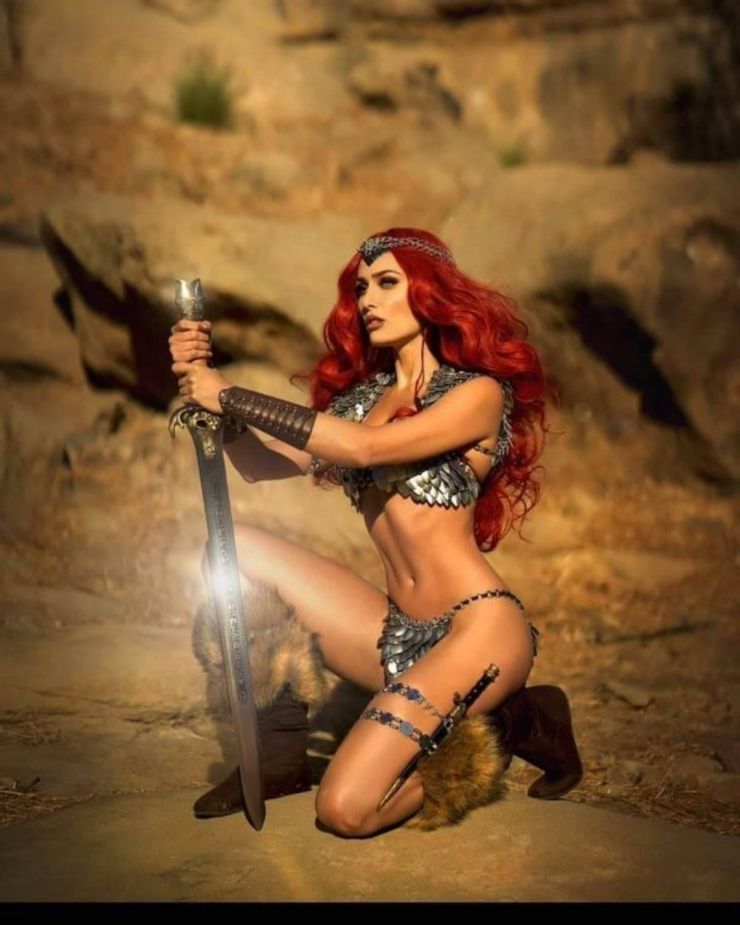 “No man may have me, unless he’s beaten me in a fair fight.”-Red Sonja 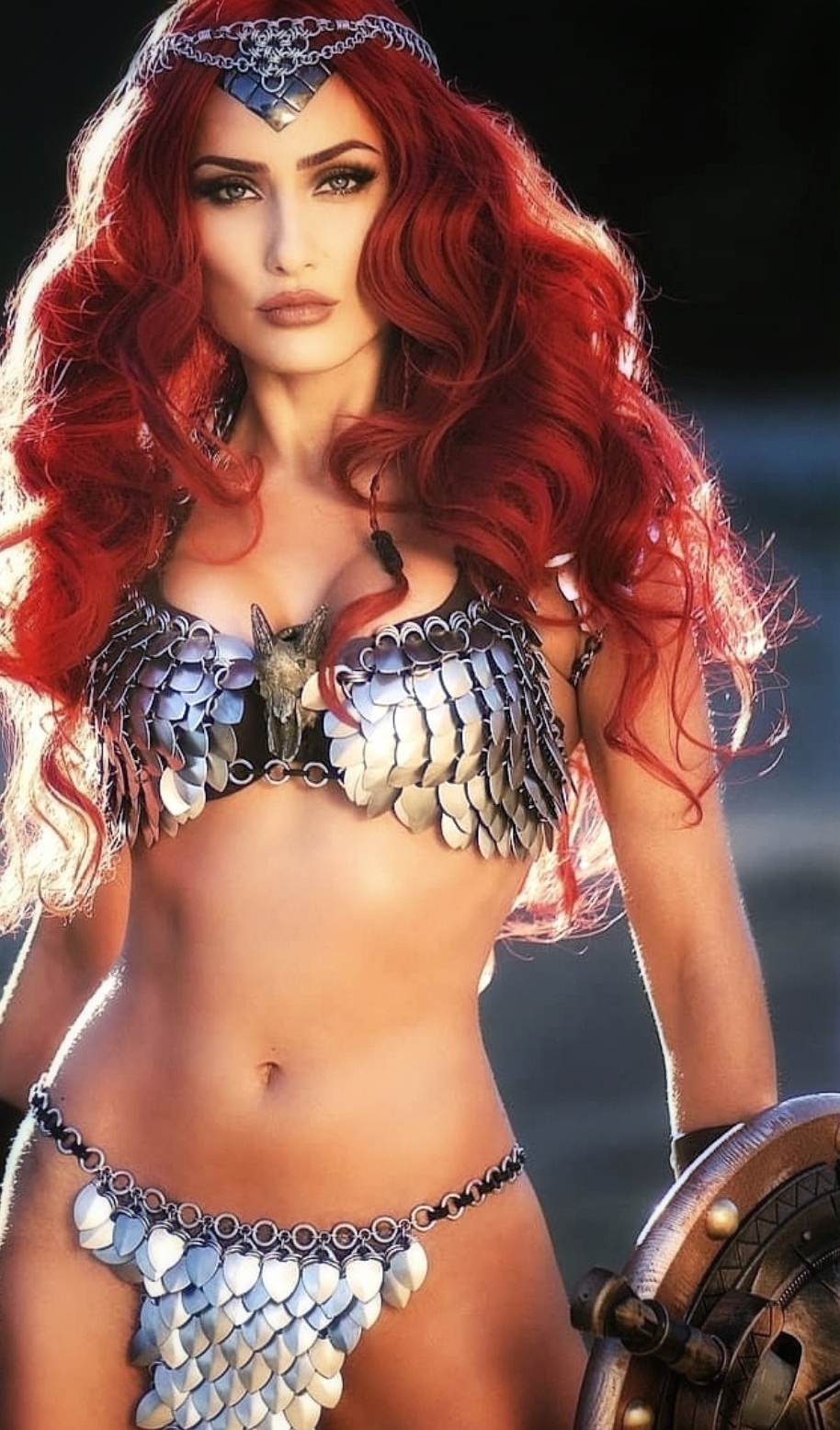 “I don’t need eyes to find you, I can smell you at a hundred paces!”-Red Sonja 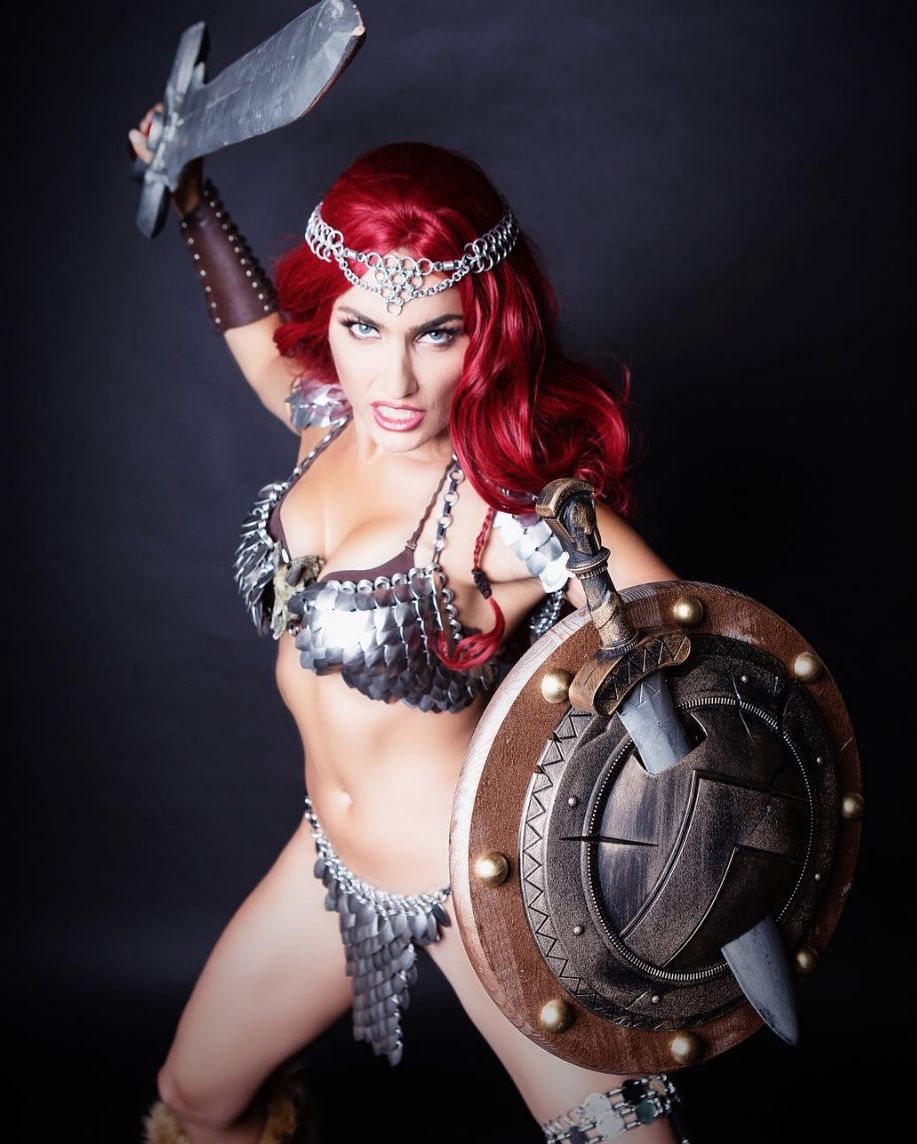 “If danger is a trade, I’ll learn it by myself.”-Red Sonja 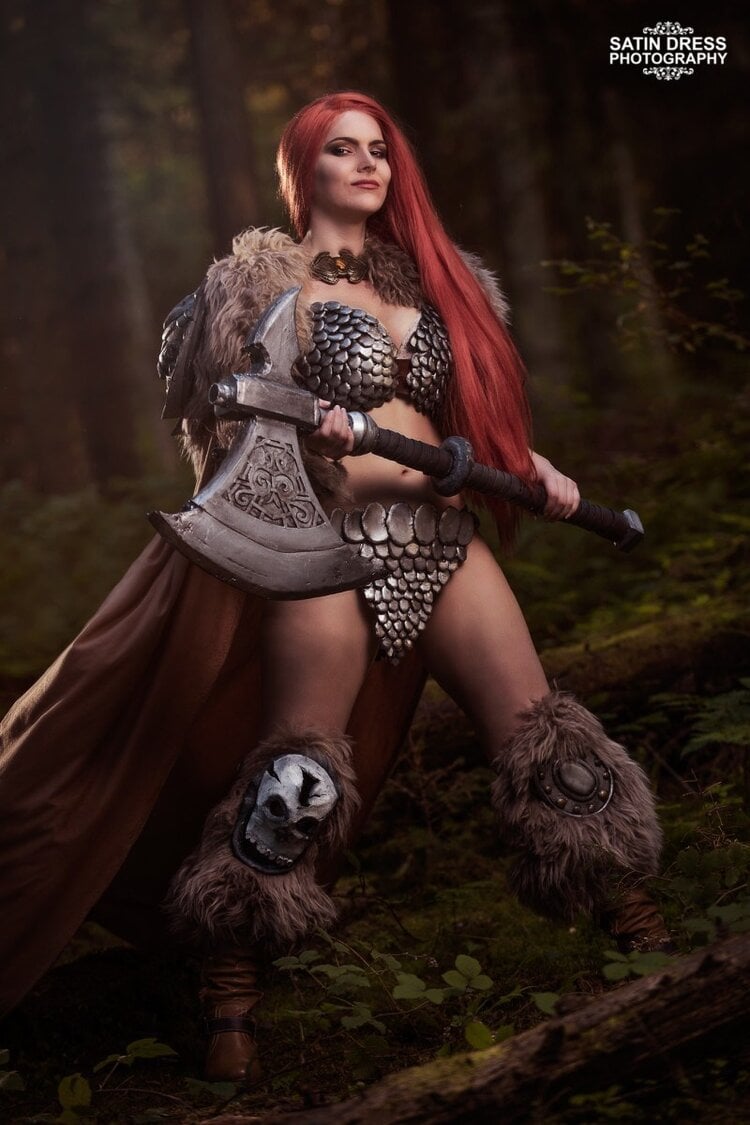 “No “king” summons Sonja, children. And your radiant ladyship isn’t quite herself at the moment. Run along please.”-Red Sonja 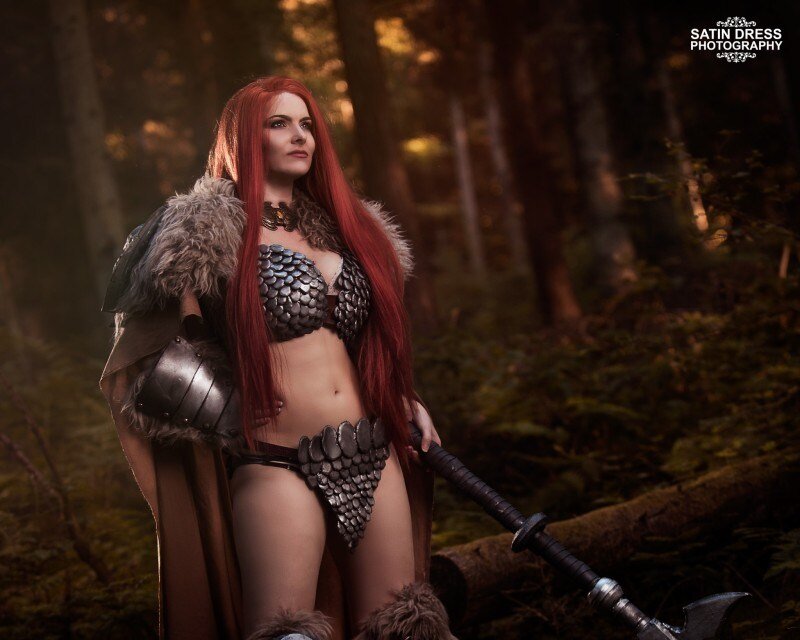 “Stand and fight, you dogs from some southern Hell — or else crawl back into the Hell-hole that opened up and spat you out!”-Red Sonja 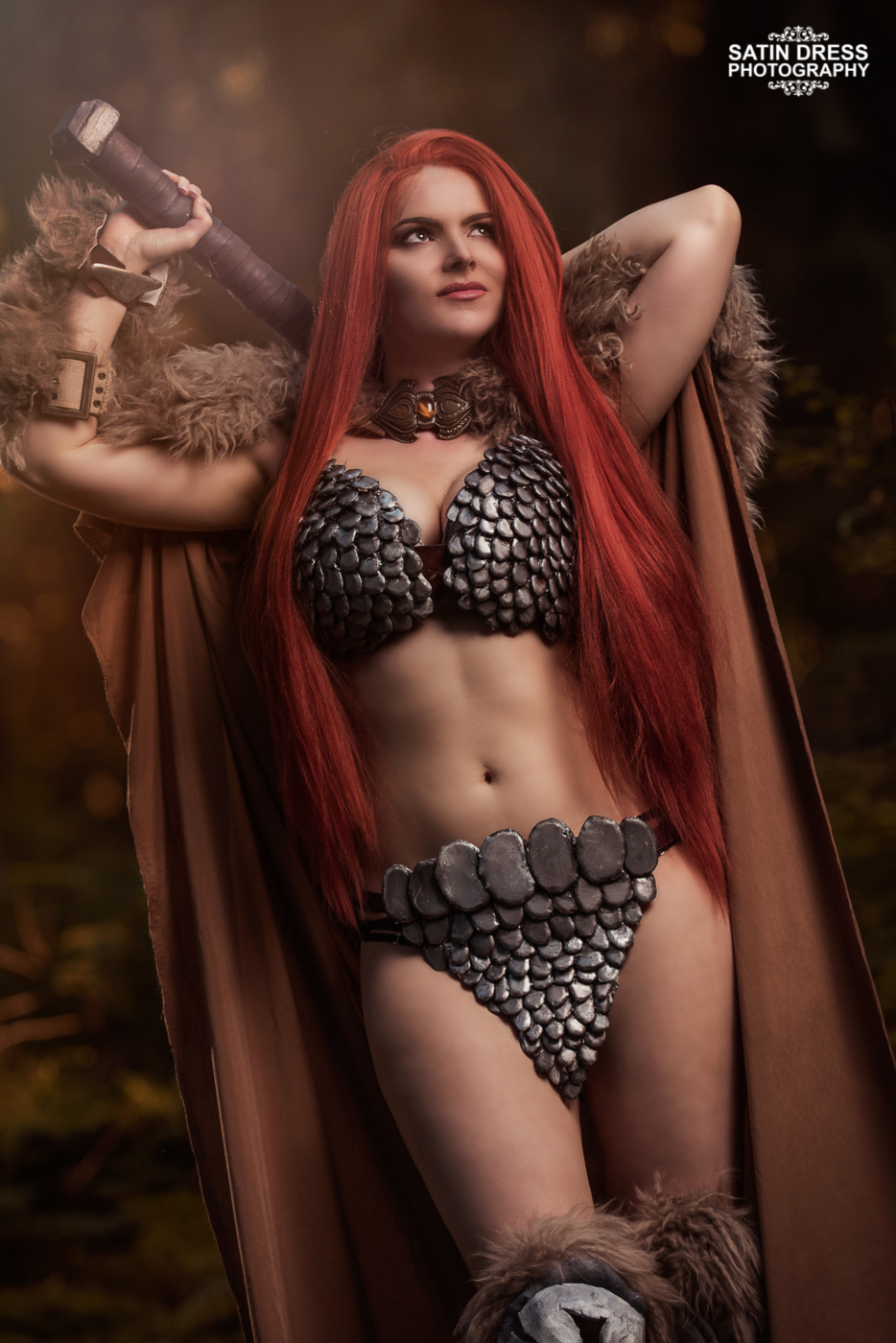 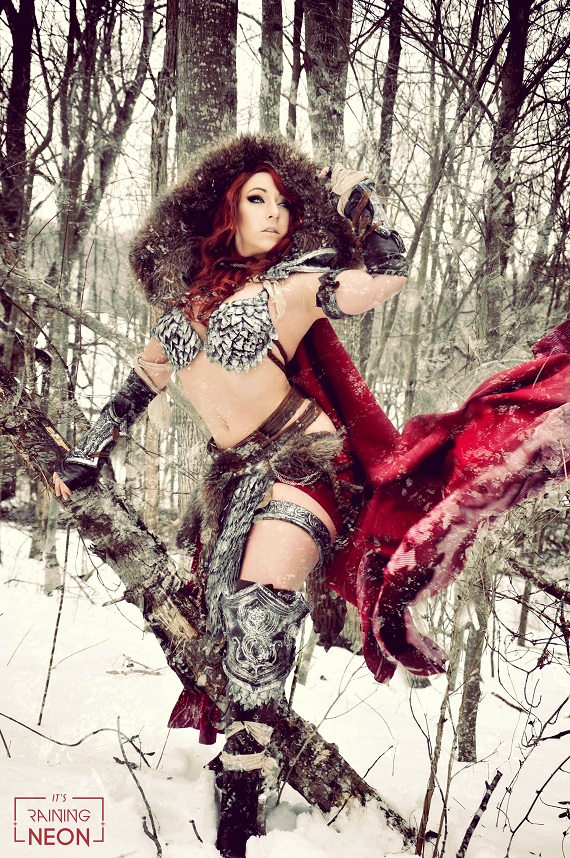 “I know my future. You have none.”-Red Sonja 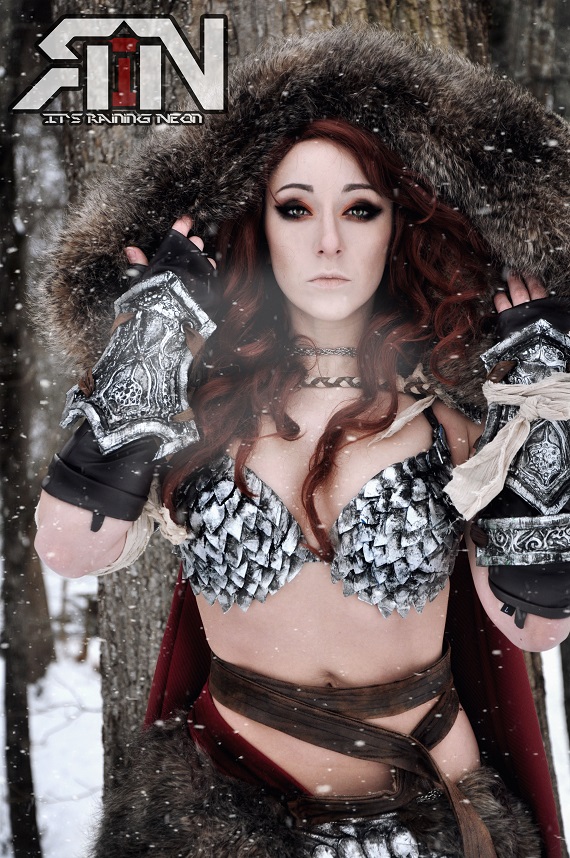 “Let’s show the gutless pigs how the warriors of Pah-Dishah can fight! By Tarim, we’ll give the devils scarlet wine to drink this dawn… or my name is not Red Sonja!”-Red Sonja 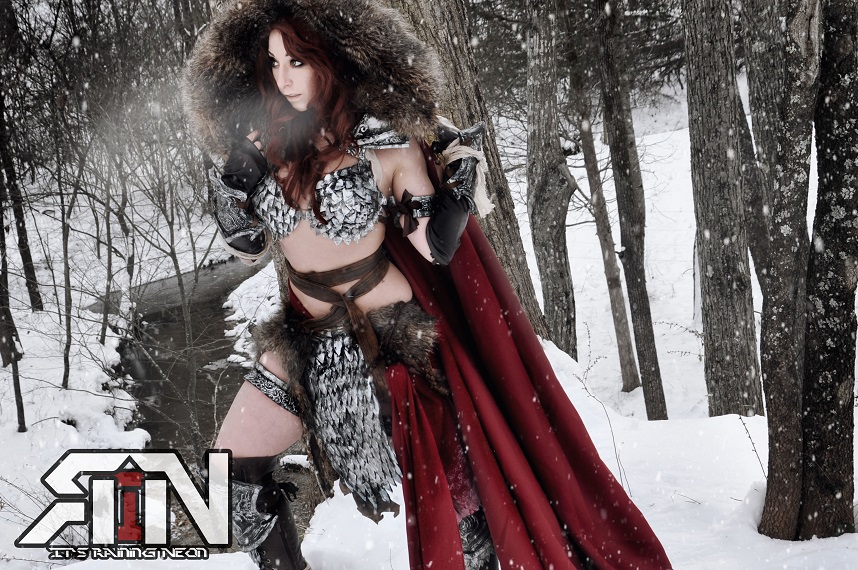 “We are not rivals — save in your eyes. Conan has been my friend — my comrade — even my foeman at times — but neither he nor any man has been my lover!”-Red Sonja 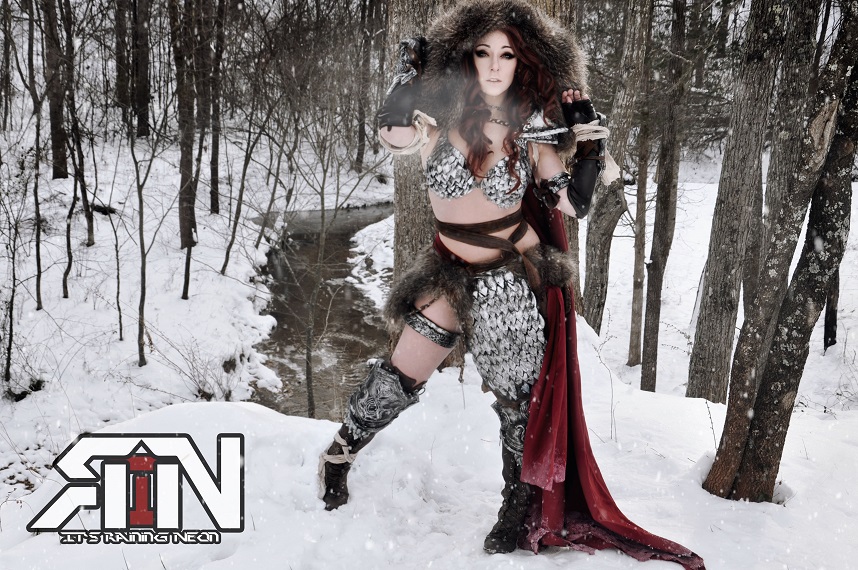 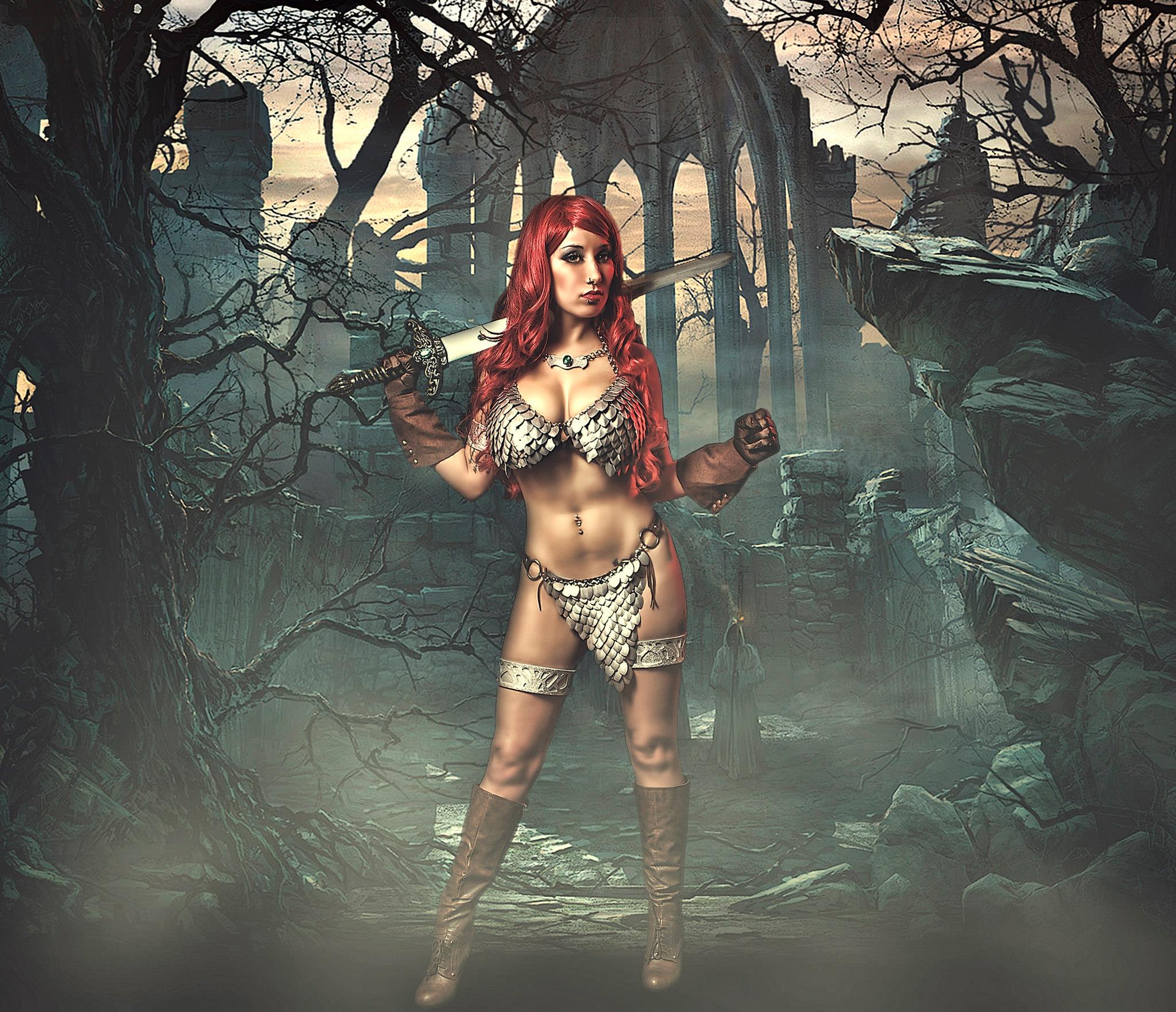 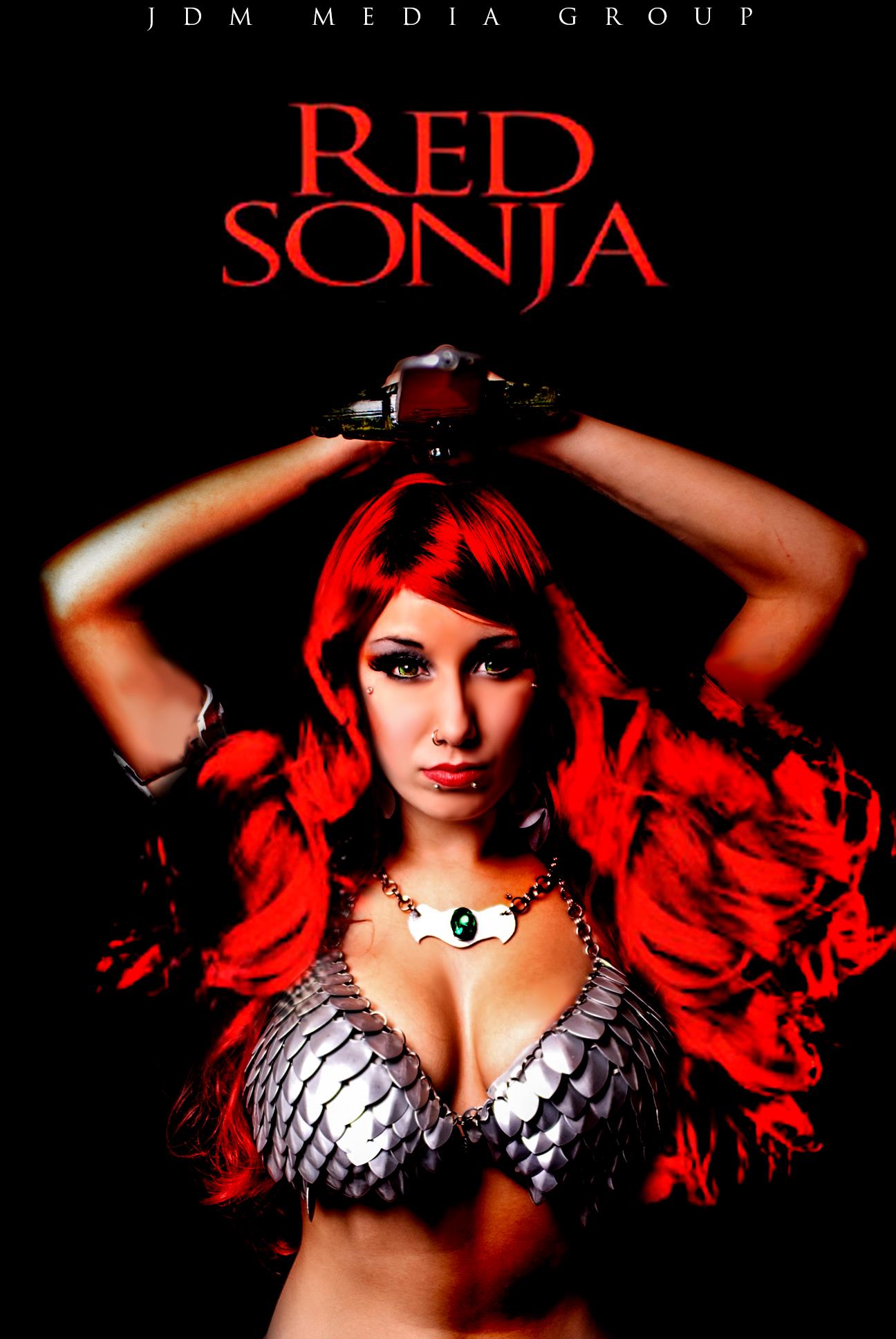 “No man touches Red Sonja! Death to the Man-Spider!”-Red Sonja 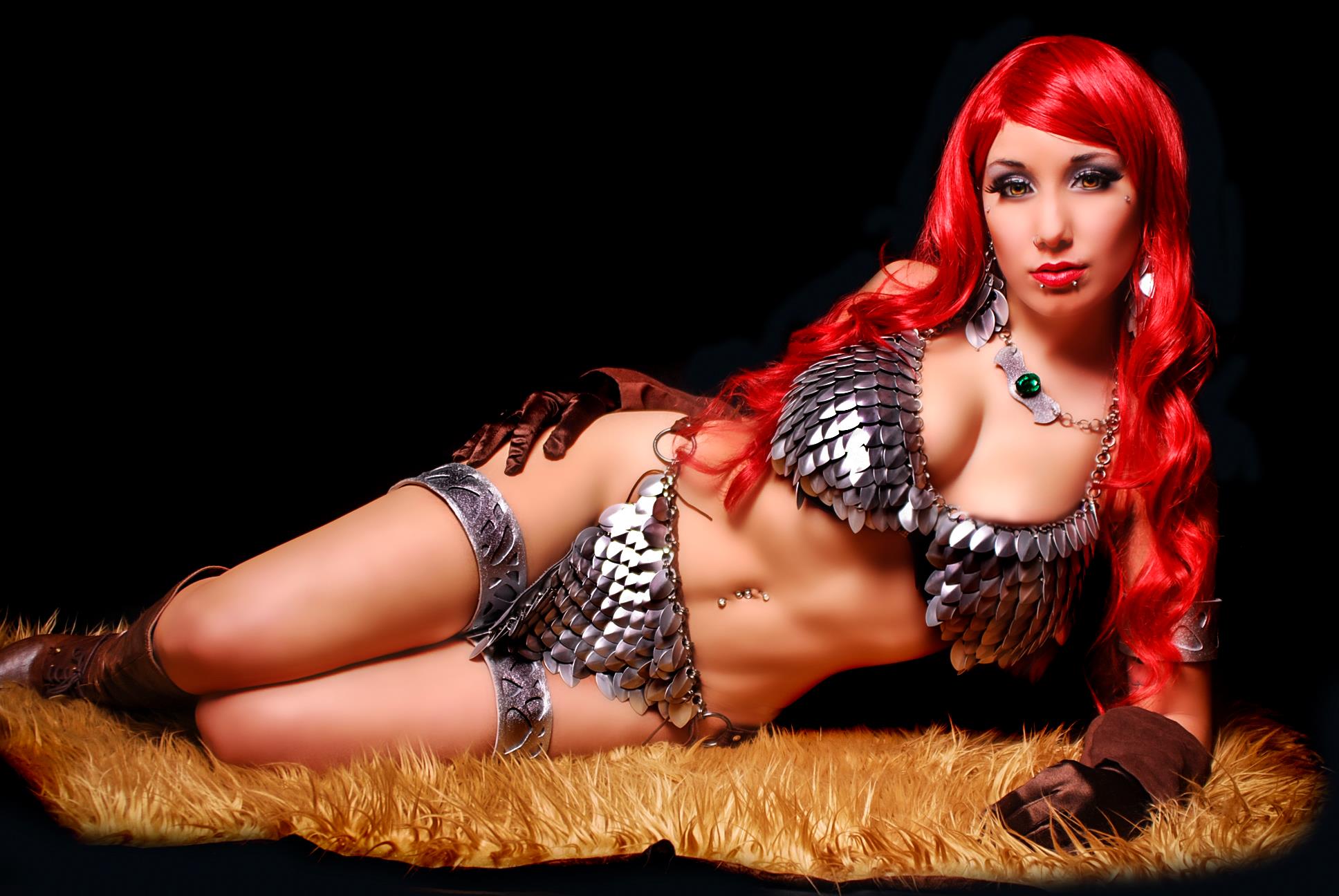 “Gath’s men slaughtered my family before my eyes and stole my innocence! But on that day, I was blessed by a goddess to exact revenge… against such evil as yourself, demon, and all that serve Gath!”-Red Sonja 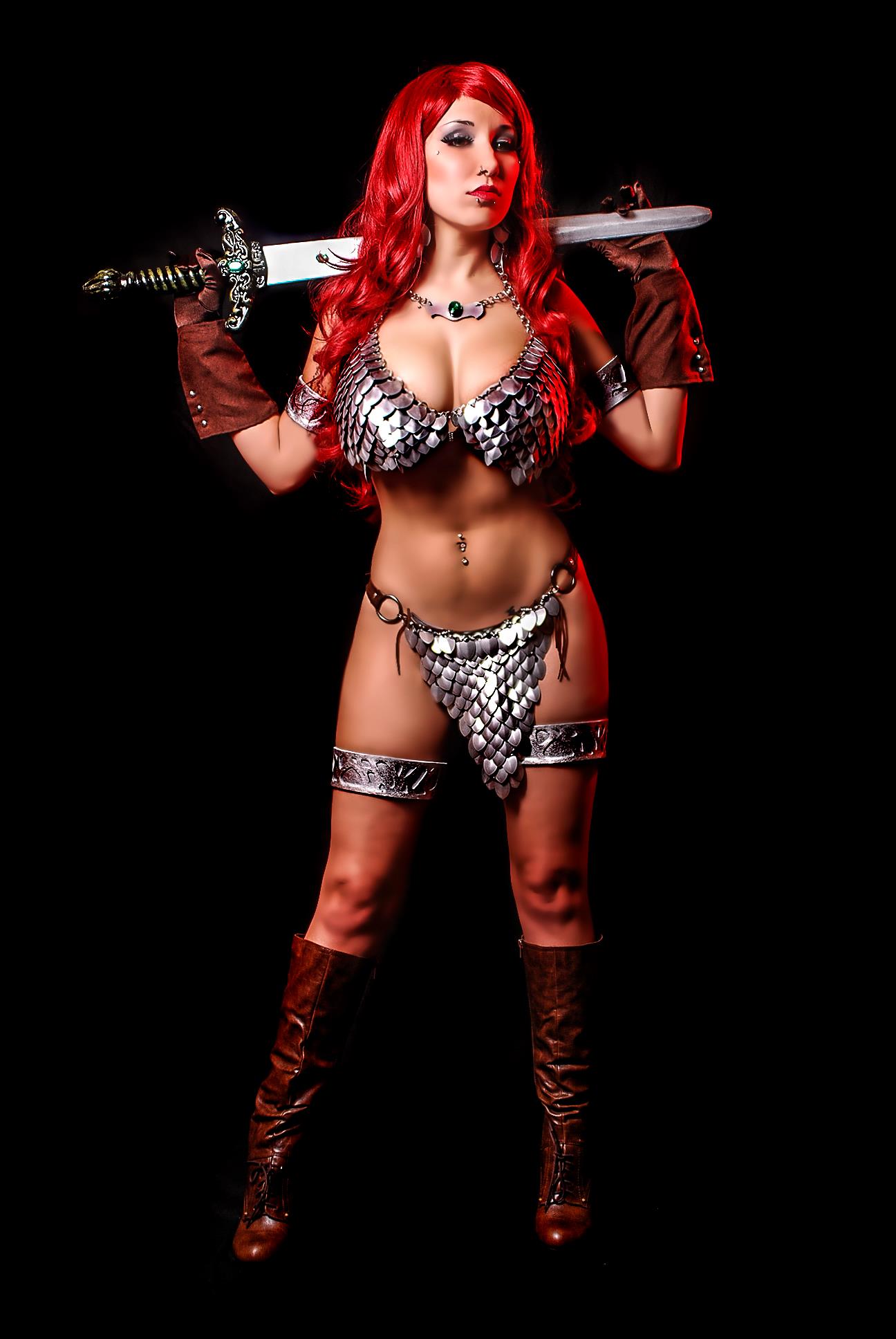 Author: Jennifer Larsen
Jennifer Lynn Larsen, aka "Mayhem's Muse" is originally from the Seattle area of Washington State. She is the Cosplay Editor for BoLS and manages Ad Sales and Communications as well. Her cosplay awards include the RTX Judge's Choice Award and Dragon's Lair Austin's Cosplay Symposium. Jennifer has been a Cosplay Guest Judge at RTX, Tacticon, and Genghis Con in Colorado. She regularly attends conventions to cover cosplay for BoLS. Her cosplay work has been featured in Girls Who Love Monsters, Geek Fuel, Renaissance Magazine, and other publications. Jennifer has modeled in the Her Universe Fashion Show, Precision Camera's yearly Precision Camera University, and has taught several workshops for photographers about partnering with cosplayers and creative muses/models. For BoLS, Jennifer covers everything from video games, fantasy, comic books, to sci-fi and historical garb. She is a lifelong enthusiast of retro video games and loves Dungeons & Dragons, urban fantasy, tabletop games, VR technology, and historical archery. Jennifer has set several National Records through USA Archery’s Traditional Division for Asiatic Bows and earned 4th Place in the World Nomad Games in Kyrgyzstan in 2018 for Women’s Korean Archery. She is currently studying at Denver University for her Masters Degree in Organizational Leadership.
Advertisement
Comics Cosplay
Advertisement 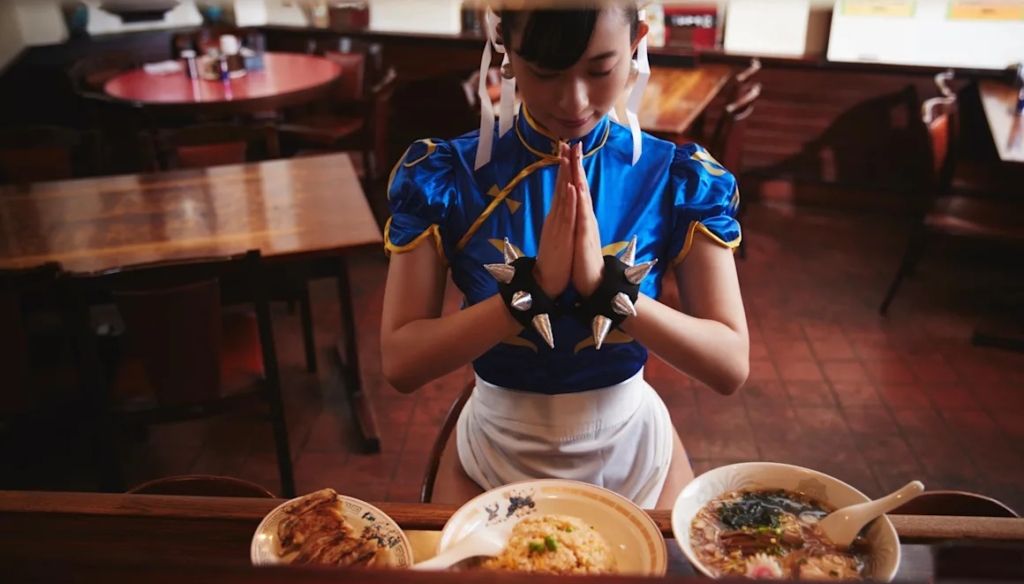