RPG: Sit Astride The Jeweled Throne Of Aquilonia In Conan The King 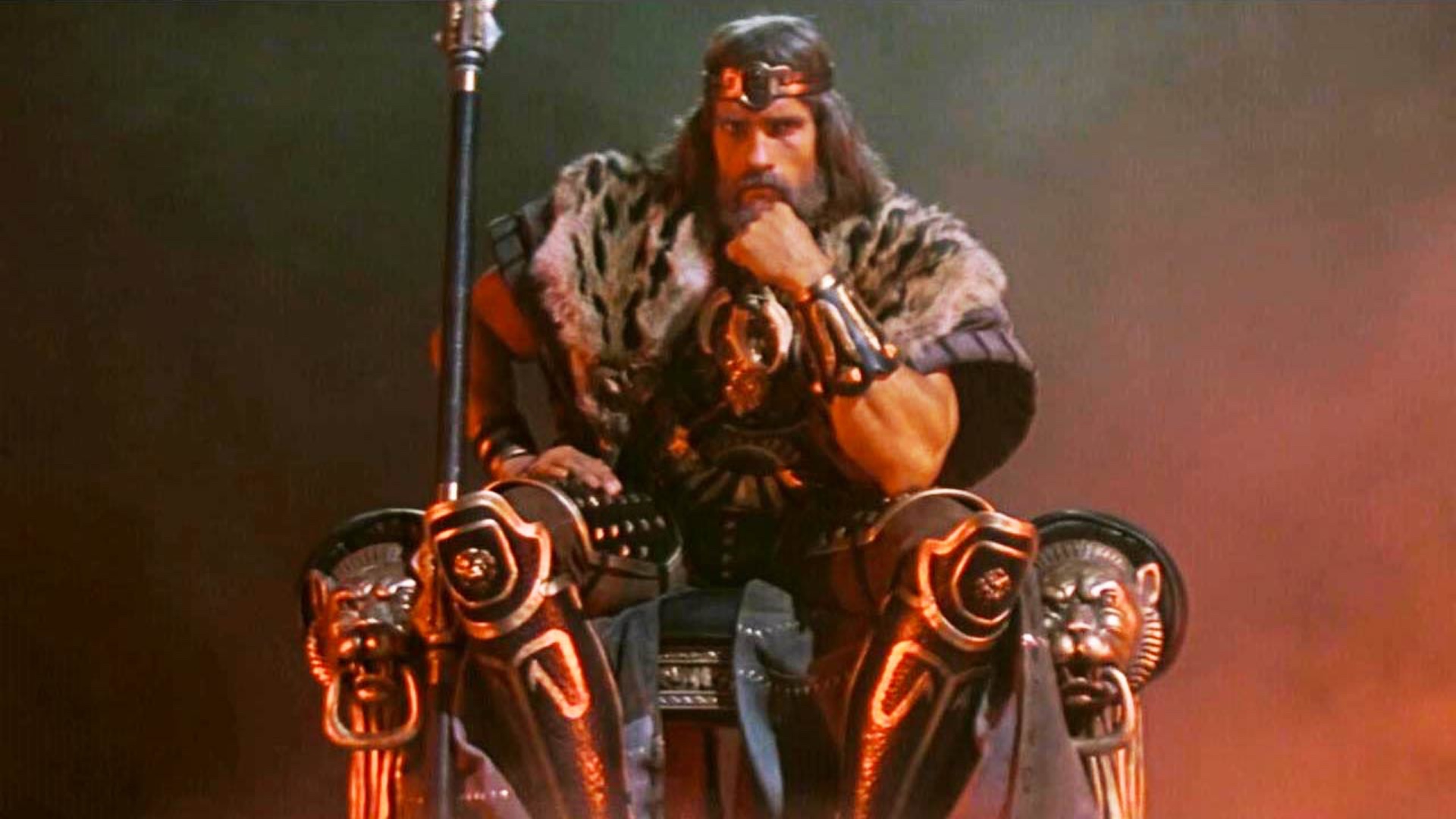 Whether you have gigantic mirths or melancholies, whether you consider yourself , a thief, a reaver, or a slayer, it’s time to tread some jeweled thrones. 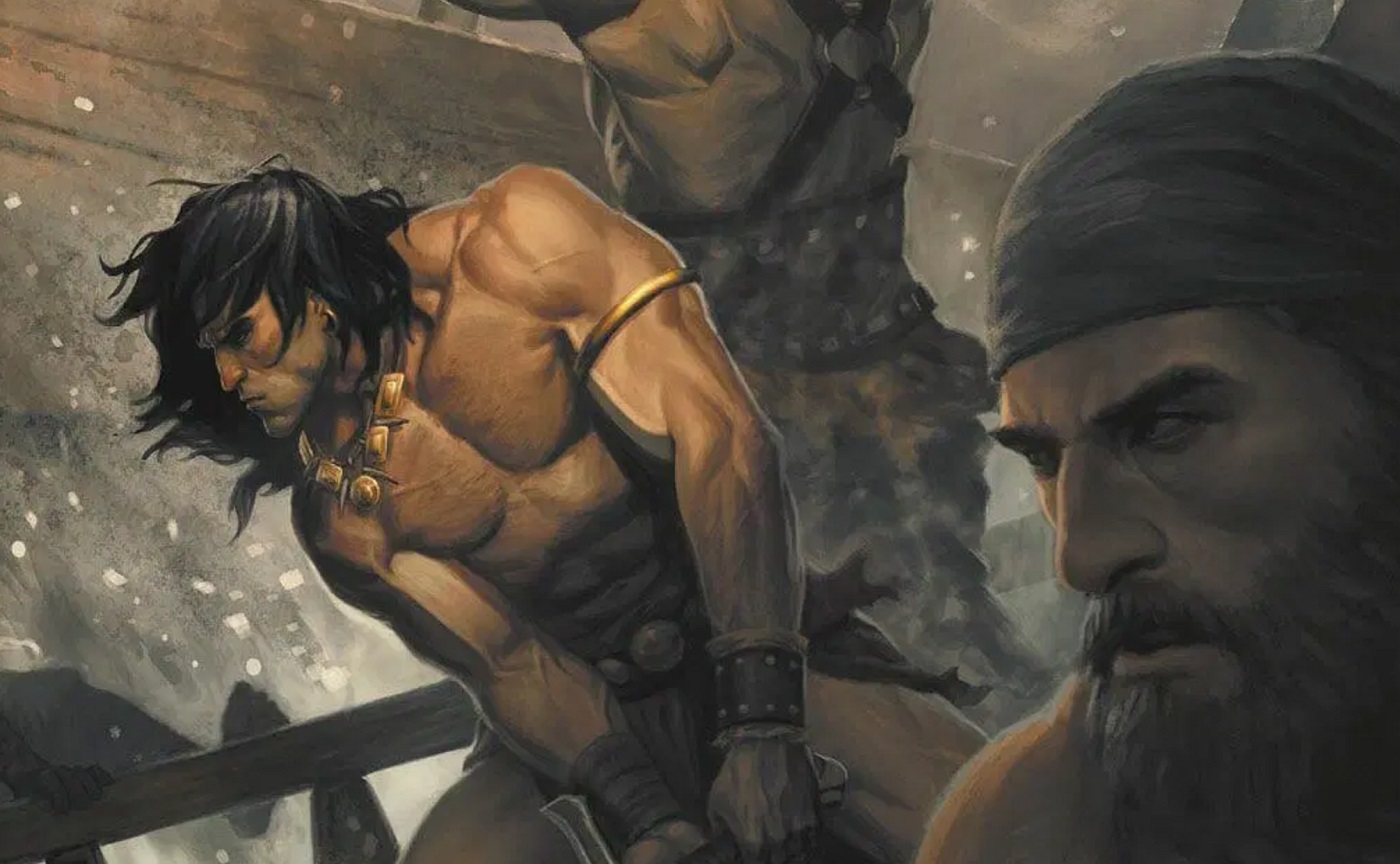 Avast me hearties, the life of a pirate awaits in Hyborea with a new book for the Conan RPG, Waves Stained Crimson, come get your sea legs. 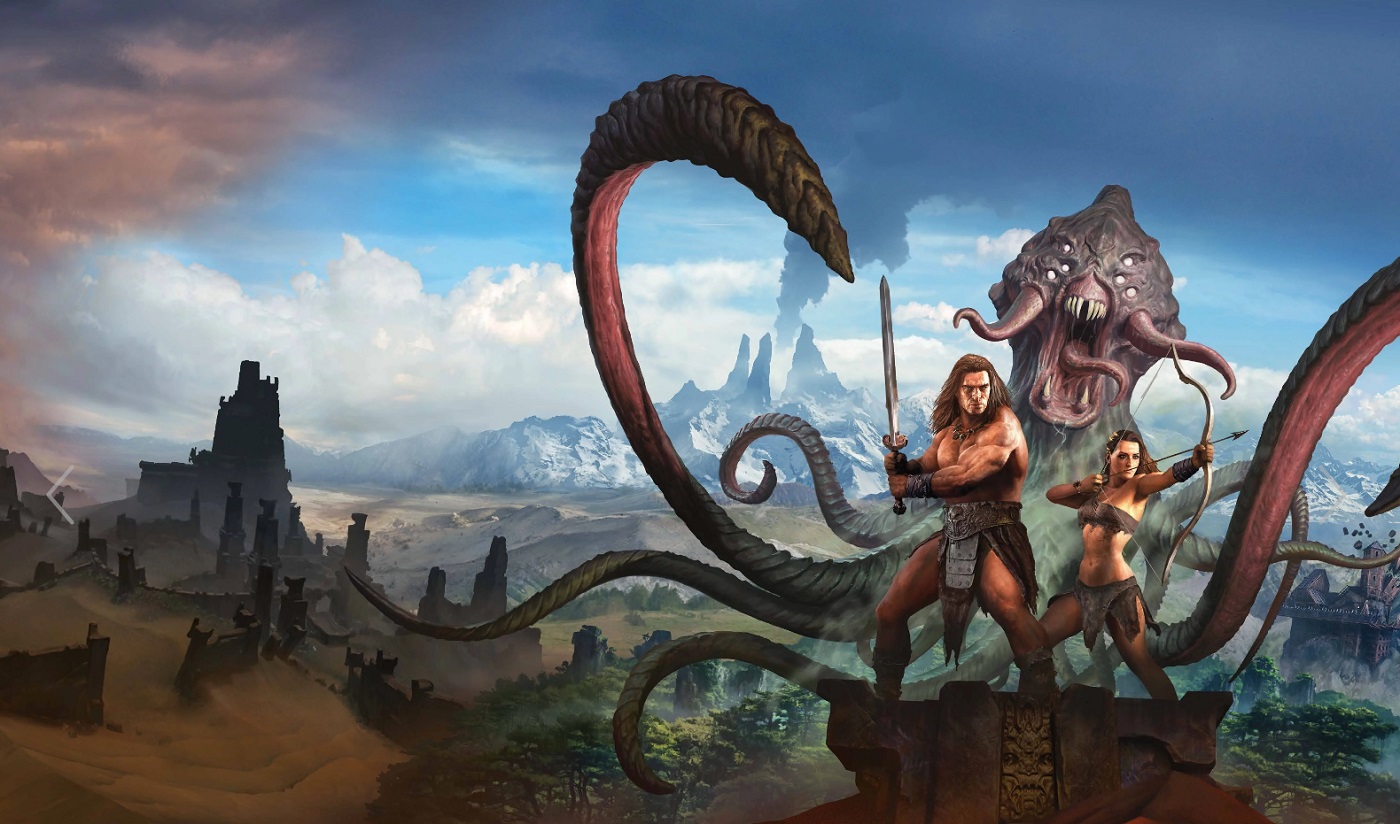 A new sourcebook for Modiphius’ Conan RPG pulls in the exploration and survival of Conan: Exiles, the videogame. Pants not provided.

RPG: The Art Of Conan Collects The Wondrous Sights Of The Hyborean Age 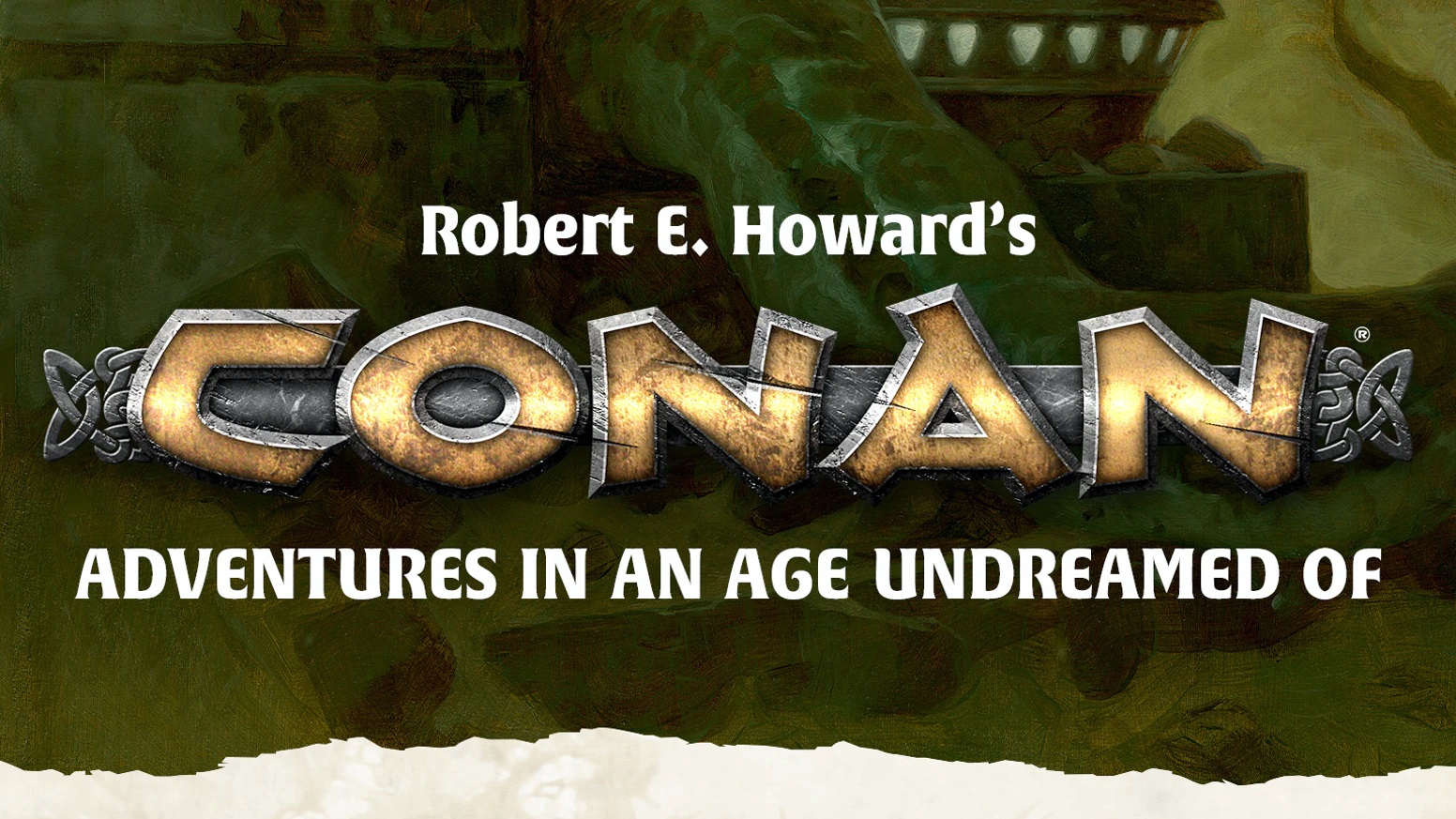 Come bear witness to an age of adventure undreamed of. A gorgeous new art book portrays the world of Conan the Barbarian.

Conan: Kull Of Atlantis Introduces Adventure In The Pre-Hyborean Age

Before Conan–in a time before the oceans drank Atlantis, before the rise of the sons of Aryas, there was a great hero named Kull.

Are you worthy to wear the jeweled crown of Aquilonia? Will it rest heavy on your brow with great melancholy or great mirth? Find out in Conan the King.

RPG: Conan Gets All Hex Survival In The Exiles Sourcebook

A new sourcebook for Modiphius’ Conan RPG pulls in the epxloration and survival of Conan: Exiles, the videogame. Pants not provided.

A new sourcebook for the Conan RPG puts players in command of Conan the Scout. Makes you wonder what kinda merit badges he would’ve earned. 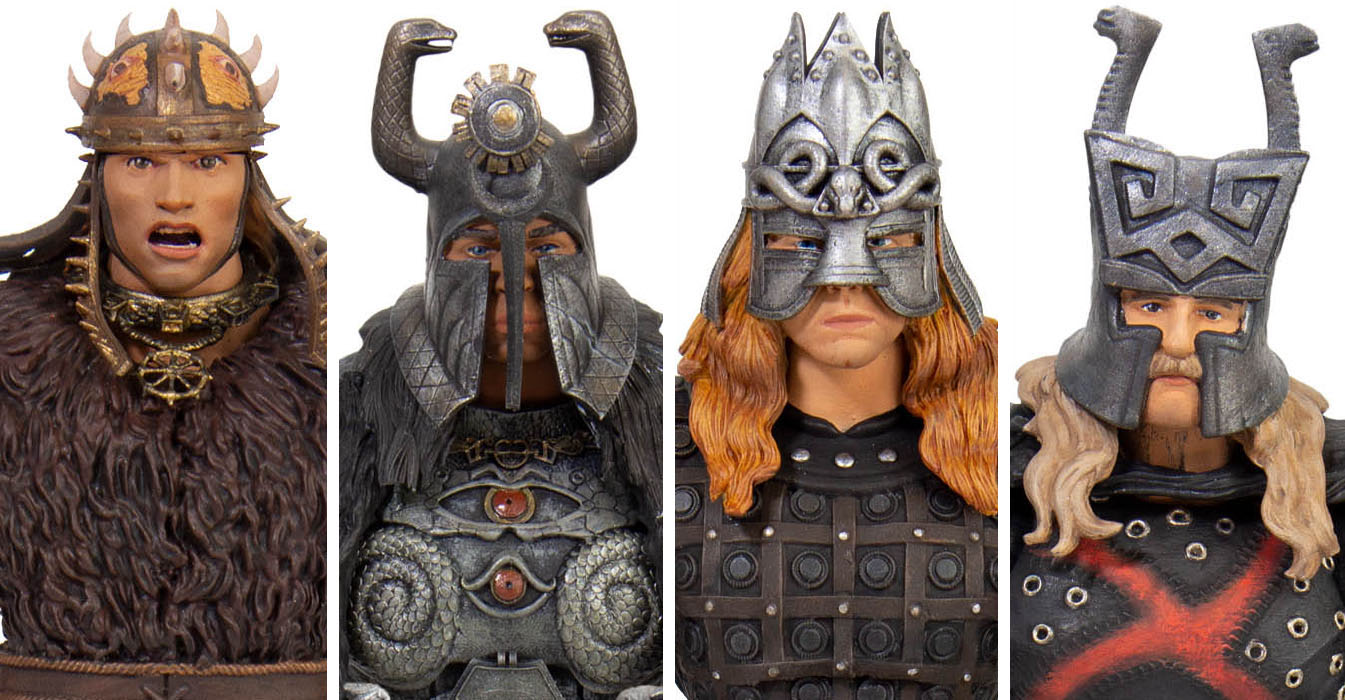 Super 7 brings the 1982 classic to life with these new deluxe action figures with movie inspired sculpts, costumes, and accessories.

RPG: Live A Life Outside The Law With Conan The Brigand

Conan was destined to wear the jeweled crown of Aquilonia, but before he sat astride a kingdom, he was many things–conqueror, adventurer, brigand…add this latter element to your games of savage swords and sorcery in an Age Undreamed Of…

RPG: Conan Crossover – Monolith Comes To An Age Undreamed Of

Modiphius is teaming up with Monolith to smash together the Conan Boardgame and Conan RPG–with one massive sourcebook that adds new content to both games. Will you adventure in an age undreamed of? Find out within.

RPG: In An Age Undreamed Of, Ancient Ruins And Cursed Cities Await 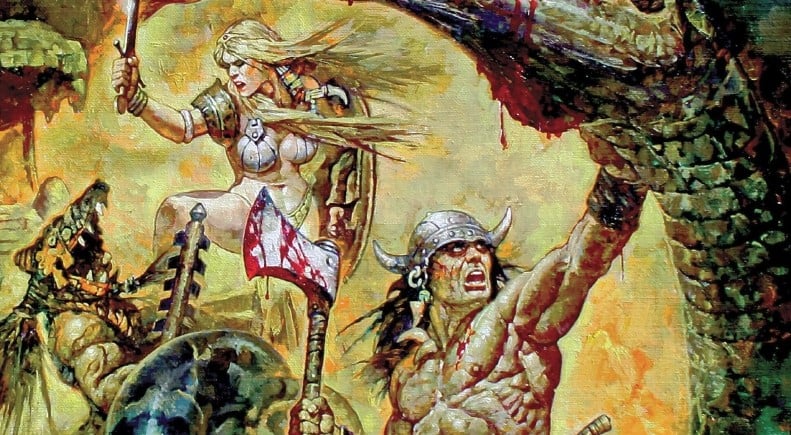 One of the greatest things about Conan stories, aside from the titular character and adventure in an Age Undreamed Of, are the locations. Full of spider-haunted towers, stygian ruins, and then some, the latest supplement puts the world of Conan at your disposal.