Geekery: Miniatures – Not Just for Gaming 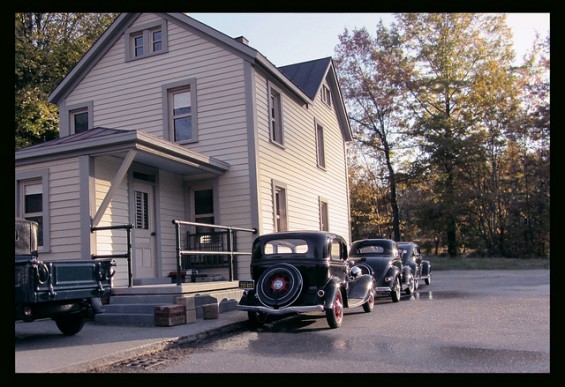 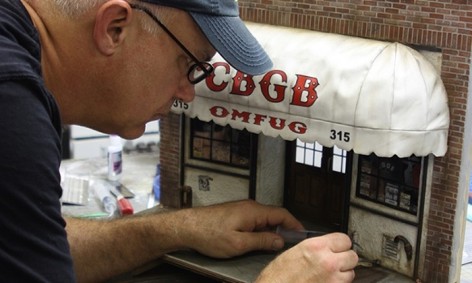 These five artists’ miniatures have wowed the world…

Joe Fig is a painter and sculptor that focuses on the workspaces of artists. He’s done a series of detailed miniatures that give the viewer a look into the creative process. 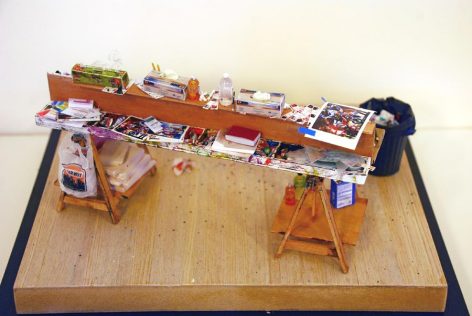 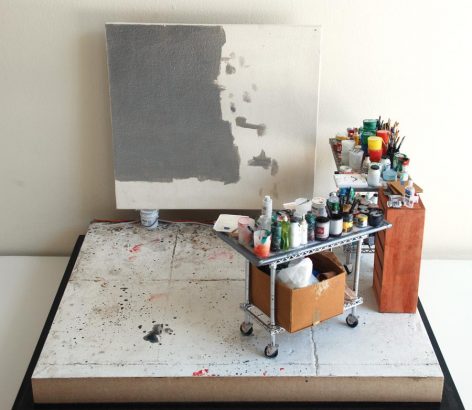 Alan Wolfson combines real buildings and signage in NYC to create new scenes with their new stories with a familiar feel. 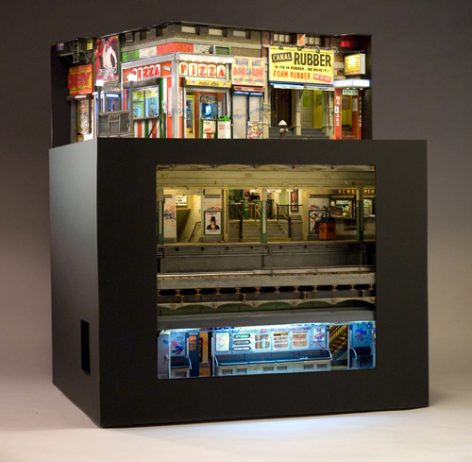 Canal St. Cross-Section as described by the artist:

I wanted to build a piece that resembled a core sample of a city street. As though you took a street, dug it up, and lifted it straight off the earth. “Canal St. Cross-Section” is a combination of five major pieces built into one box. There’s a street scene on the top with a subway entrance on the corner. Looking down into the subway entrance, you are led to the two subterranean levels of the piece, both of which have intersecting cross views visible through the small windows on the sides of the piece.

Lori Nix has created a post apocalyptic city over the last 8 years. The project in her words:

I began “The City” series after moving to New York in 1999. Surrounded by great architecture, skyscrapers, and bridges, the urban landscape couldn’t help but find its way into my work. Still a fan of dystopian entertainment, think Blade Runner, Alien, The Hunger Games, etc, my current series is a mashup of my new urban life and a look towards an apocalyptic future. “The City” imagines what New York City and Brooklyn would look like if suddenly mankind had disappeared. The exact cause for the desertion is left vague. Was it a natural disaster, a virus, global warming, war? A few images hint at the destructive history of the space – a library dome crushed by a tornado or a subway car filled with sand. To me, imagining something soglobally catastrophic is both chilling and exciting. I often wonder about my own survival instinctswhen pondering an emptying city. 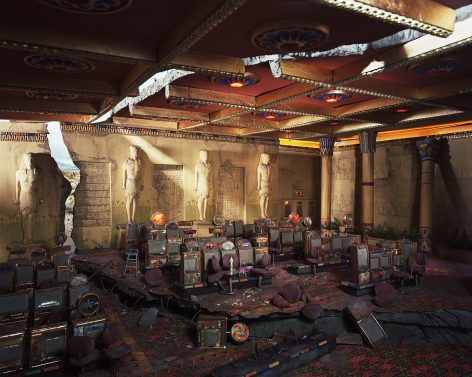 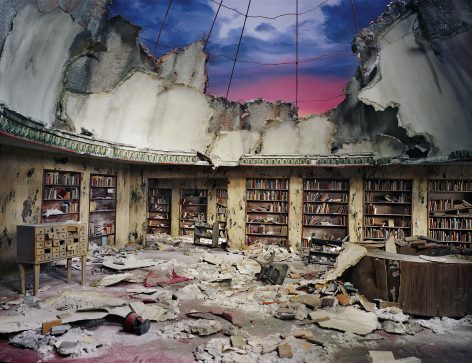 Michael Paul Smith is the founder of Elgin Park. It’s an idealized, miniature version of the small town he grew up in. He combines miniatures with real life elements to create his beautiful photographs – they’re created in camera with no Photoshop. 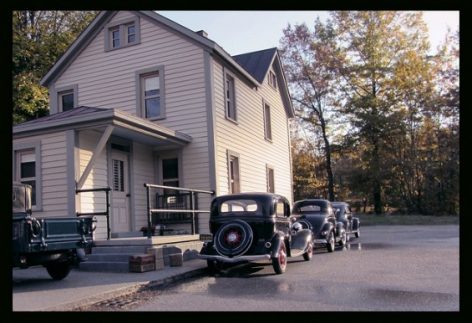 The buildings are constructed of resin-coated paper, styrene plastic, and basswood, plus numerous found objects. The vehicles are from Michael’s collection of 300+ commercially produced, diecast models. 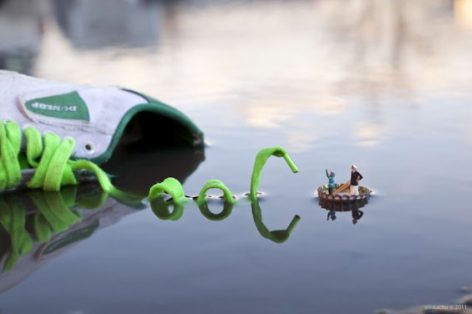 Still want more? Check out miniature projects/artists I’ve covered in the past:

The Amazing Miniatures of Blade Runner

The USS Enterprise Gets a Facelift