Cosplay and Gaming: Why it Matters 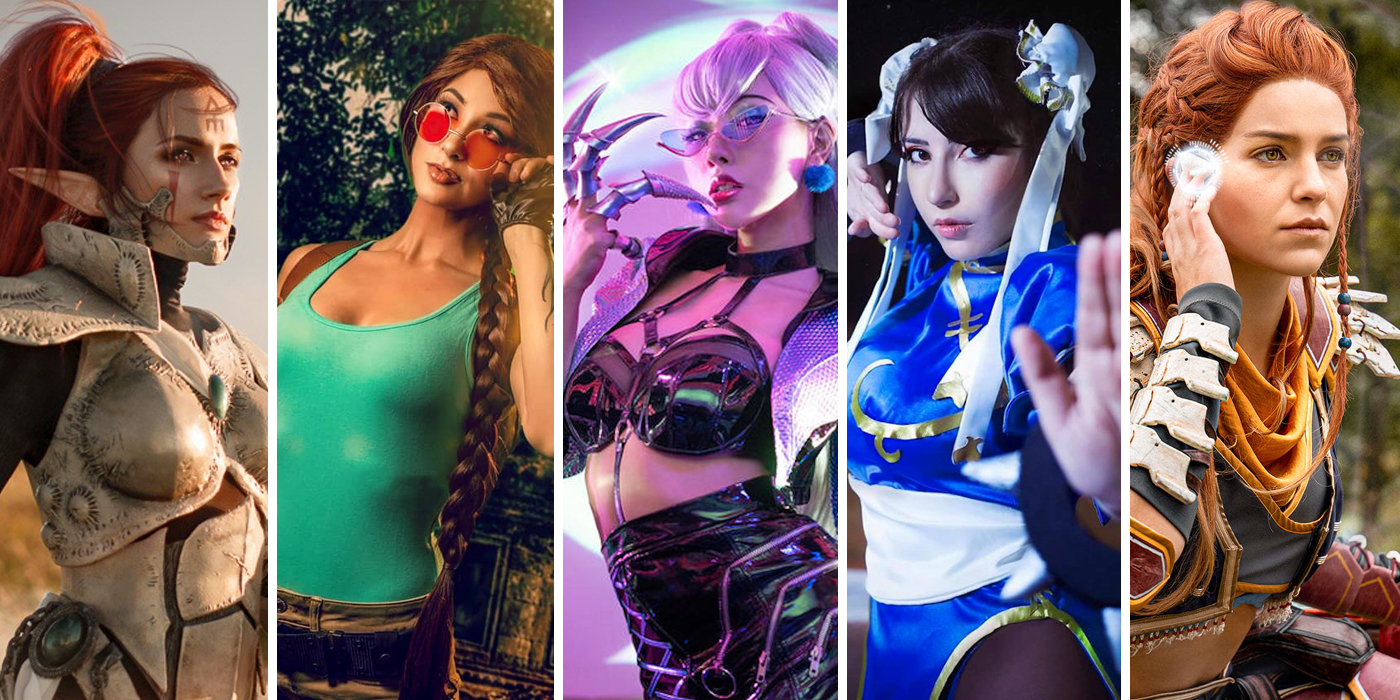 There is a lot of crossover between cosplay and gaming. But has cosplay become a regular staple of the gaming community? Here’s my story.

Video games are one of the biggest industries in the world. In 2020, the revenue from worldwide gaming industries was estimated at about 180 billion USD. Gamers are at the center of pop culture, sure… They’re also at the center of the business world. The world’s major players in business are hyper-focused on what’s happening in gaming. This visually-driven industry is rife with fodder for cosplayers, so it’s no surprise that the majority of the cosplays we cover at BoLS come from games. This week, we’re diving into the world of cosplay and gaming.

Do Cosplay and Gaming Mix?

Why does cosplay matter for a gaming-oriented site like BoLS? Today I hope to answer that question for the community and provide a little bit of illumination for future pieces. Cosplay is an AMAZING field of artists and hobbyists, nerds and actors and models… So many people with a passion for expression which allows for a beautiful element of transcendence between genres.

Cosplay has become the main aspect of my professional modeling projects. It has opened a variety of doors that I had no idea existed. My gaming experience started by watching various Nintendo games like Final Fantasy, and reading all the books about Dragonlance and D&D. Occasionally I talked about and played different systems with my friends.

As an adult and model, the world of conventions has opened my eyes to an amazingly diverse world. Cosplay breathes a new life into fandoms I have cherished since childhood. I’ve had conversations on Twitter with Margaret Weis about my desire to create a Raistlin Majere cosplay, which she applauded. Then, I walked the halls of RTX as Sorceress Edea, striking fear into the hearts of Final Fantasy gamers. The opportunities for expression in gaming are LIMITLESS.

How Gaming Conventions are Changing the Cosplay Game

My Sorceress Edea cosplay changed the way I look at modeling, and at cosplay in general. One of my favorite local gaming stores Dragon’s Lair held a cosplay symposium in 2015. They challenged cosplayers to design and execute completed projects in a specific time and budget to be judged in store. Not only was there a category for anime, but there was also one for video game characters. I competed, winning 2nd place overall. My entry won the attention of a cosplay coordinator for a gaming convention in Colorado. Eventually, I was asked to come as a cosplay guest and judge for their very first cosplay contest.

This was an amazing idea for me, as I had been a guest at anime and cosplay conventions before. This was the very first con SPECIFICALLY about gaming. I was THRILLED!!! I’ve always felt more comfortable with gamers than cosplayers. Being at an event that featured so many tabletop events I am so passionate about for my blood pumping. During their Catan tournament, I competed wearing my full cosplay garb. I played D&D with a regional coordinator for Adventurer’s League and a WoTC coordinator influential in designing D&D 5th Edition.

At the end of the convention, I was approached by members of the Colorado gaming community. They thanked me for being there. These folks had no idea that cosplay had so much to do with their passions until we attended. They were excited to see what cosplayers would bring to future conventions. DREAMS WERE MADE! I finally had my finger on the pulse of both gaming AND cosplay!

Cosplay is a field that has an incredible amount of momentum and power. Instead of going to a convention and only playing games, there is an opportunity to do more. We can see our favorite characters brought to life in front of us. Or, we can become immersed in the game culture in a new, visceral, highly personal way. We can step inside our favorite games, truly getting into the heads of those characters.

Cosplay is the paintbrush that allows us to create pictures of how those games make us feel. It allows us to step out of our daily lives and into the mindset of our favorite heroes and villains. It allows us to have a connection to OTHER fans of these worlds. I can walk into a gaming convention anywhere and find someone dressed as Cloud Strife, or Terra Branford… And INSTANTLY know this person shares my love of Final Fantasy.

I can design a Howling Banshee or Yvraine cosplay and know that the Warhammer 40k fans will flock to me. They will share their stories and memories of their favorite epic 40k battles. Most of all, I can for the first time feel connected to the hearts of the gamers I meet. Cosplay is bridging the gap between gaming and social networking. So yes, dear friends, cosplay IS important to the BoLS community. Cosplay is powerful and poignant… And it is here to stay.

Author: Jennifer Larsen
Jennifer Lynn Larsen, aka "Mayhem's Muse" is originally from the Seattle area of Washington State. She is the Cosplay Editor for BoLS and manages Ad Sales and Communications as well. Her cosplay awards include the RTX Judge's Choice Award and Dragon's Lair Austin's Cosplay Symposium. Jennifer has been a Cosplay Guest Judge at RTX, Tacticon, and Genghis Con in Colorado. She regularly attends conventions to cover cosplay for BoLS. Her cosplay work has been featured in Girls Who Love Monsters, Geek Fuel, Renaissance Magazine, and other publications. Jennifer has modeled in the Her Universe Fashion Show, Precision Camera's yearly Precision Camera University, and has taught several workshops for photographers about partnering with cosplayers and creative muses/models. For BoLS, Jennifer covers everything from video games, fantasy, comic books, to sci-fi and historical garb. She is a lifelong enthusiast of retro video games and loves Dungeons & Dragons, urban fantasy, tabletop games, VR technology, and historical archery. Jennifer has set several National Records through USA Archery’s Traditional Division for Asiatic Bows and earned 4th Place in the World Nomad Games in Kyrgyzstan in 2018 for Women’s Korean Archery. She is currently studying at Denver University for her Masters Degree in Organizational Leadership.
Advertisement
Community Cosplay Cosplay Guide Eldar First Person Shooter Pop Culture Video Game RPG Video Games Warhammer 40k
Advertisement 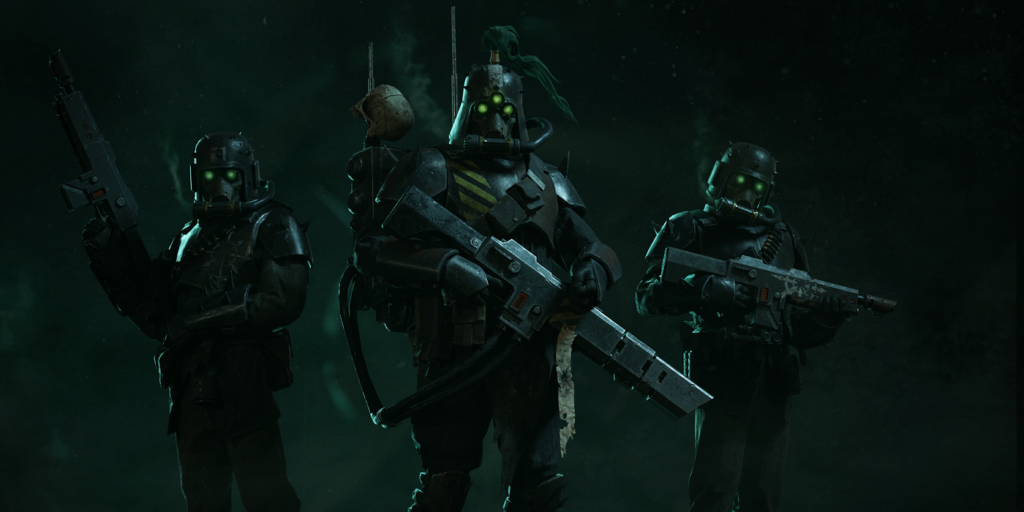