The Highest-Viewed Cosplays of The Year! 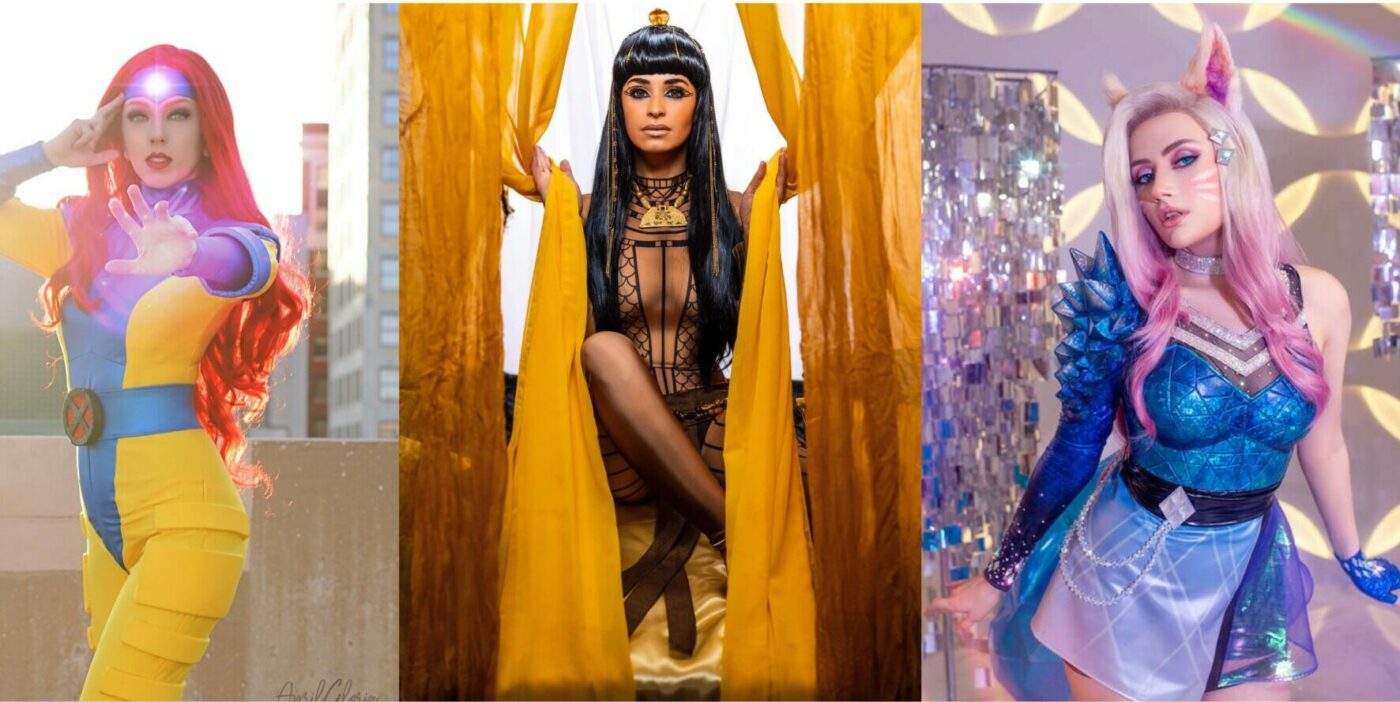 The readers have it- here is our list of the top five highest-viewed cosplays of the year!

Welcome to our yearly review of our cosplay content! We’ve been writing articles all year long, and you’ve been viewing them. Today it’s just the facts- a top five list of the cosplay features YOU have viewed most. The numbers are talking, babe- and only the top cosplays of the year are on this list. Today it’s all about the highest-viewed cosplays of the year!

This top list brings all genres together. We have videogames and comic-inspired cosplays, closet cosplays, and popular horror movies. Many different genres are on this list, and we’re counting down to the top spot- the highest-viewed cosplay of the year!

This Mummy inspired cosplay earned an honorable mention for my Editor’s Choice list. The cosplay is gorgeous and screen-accurate as they come. The SAFire Art cosplay was even given recognition by the actress who played Anck Su Namun in the movies! This cosplay list is full of amazing cosplays: from full-on body paint to gorgeous body suits for easy wear, we have it all. This is a powerful first addition to our highest-viewed cosplays of the year list!

She’s back from the dead and stopping hearts. We live for these Anck Su Namun cosplays!

1999’s The Mummy is arguably one of the best films of the ’90s. With a stellar cast and an action-packed plot steeped in mythology, it is an unforgettable piece of cinema. The Mummy features gorgeous scenery and a romantic (if somewhat creepy) love story about a love that transcends death. Today, we’re excavating some extraordinary Anck Su Namun cosplays!

This year we started featuring closet cosplays- a series where we take a popular character and research what ready-to-wear items can be assembled for a cosplay of them. This series is fun and proving to be very popular with our audiences, which is made apparent by this Harley Quinn closet cosplay earning the number four spot on our top five list! It’s a pleasure to help the cosplay community build creative ideas, you can expect many more of these closet cosplays in the coming year!

Every woman has a crazy side that only the right cosplay can bring out. You’re not hallucinating, it’s time for some Harley Quinn closet cosplay!

Harley Quinn is one of the most iconic, recognizable characters from the DC Universe. She has a complicated past and an even more complicated diagnosis. In recent years Harley has stepped out of the shadow of her Puddin’ Mr. J, becoming a strong example of a redemption arc and the journey to autonomy. With the popularity of the Harley Quinn animated series, we know folks are going to be shopping around for some Harley cosplay ideas. Look no further, we gotchu!

I’m incredibly pleased to see Jean Grey in the number three spot on our highest-viewed cosplays of the year. She has always been one of my favorite comic characters, and seeing others appreciate her the way I do brings me great joy. The cosplayers in our feature article bring life and vivacity to the images they create, and it’s a powerful way to feature such a dynamic, well-loved character.

She’s one of the most powerful mutants in the galaxy- we burn for these Jean Grey Cosplays!

Jean Grey is one of the most popular (and powerful) heroines in the Marvel comics universe. With her crimson hair and ability to move objects with her mind, she is a striking figure with a long and storied past. This week, we’re here to check out some classic Jean Grey DC Cosplays!

Small yet mighty, Raven has always been a popular character for cosplayers. This Teen Titan brings mystery and snark to every scene, and her crime-fighting skills are legendary. Our Raven cosplay feature comes in at number two on the highest-viewed cosplays of the year list, and we know there’s a lot more to come from the Teen Titans in the coming year!

There’s no power like the power of emotion- and we’re all sorts of emotional over these Teen Titans Raven Cosplays!

We’re all aware that teenage emotions are volatile at best. DC comics managed to make an entire series out of the concept, bringing us the youthful, charming and often angsty Teen Titans. Although they are younger than most superheroes, they pack a fierce punch, and this week we’re here to brood along with Teen Titans Raven cosplays straight out of DC comics.

We’re here at last! The top spot on this year’s highest-viewed list is the queen of K-Pop herself- Ahri from K/DA. She defies all genres and appeals to a staggering amount of our viewers. This cosplay article got over 179k views this year. Ahri is gorgeous and so much fun to cosplay- it’s no wonder she’s gracing the top of our list!

We’re showing you what she’s made of- K/DA’s Ahri cosplays rise to the occasion.

The world was taken by storm when League of Legends developer/publisher Riot Games stepped into the music industry. Over the past several years, the company has quickly built a music empire evolving from their iconic League of Legends characters, creating collaborations across multiple genres in the music industry. This week we’re continuing our celebration of the most iconic pop/stars to come from their k-pop supergroup. We’re falling under the spell of these K/DA’s Ahri Cosplays.

Author: Jennifer Larsen
Jennifer aka "Mayhem's Muse" is the Cosplay Editor for BoLS and manages Ad Sales and Communications. Her cosplay awards include the RTX Judge's Choice Award and Dragon's Lair Austin's Cosplay Symposium. Jennifer has been a Cosplay Guest Judge at RTX, Tacticon and Genghis Con in Colorado. She regularly attends conventions to cover cosplay for BoLS. Her cosplay work has been featured in publications such as Girls Who Love Monsters, Geek Fuel, and Renaissance Magazine. Jennifer has modeled in the Her Universe Fashion Show, Precision Camera's yearly Precision Camera University, and has taught several workshops for photographers about partnering with cosplayers and creative muses/models. Jennifer is a lifelong enthusiast of retro video games and loves Dungeons & Dragons, urban fantasy, tabletop games, VR technology, and historical archery. She has set National Records through USA Archery’s Traditional Division for Asiatic Bows and earned 4th Place in the World Nomad Games in Kyrgyzstan in 2018 for Women’s Korean Archery. Jennifer is currently studying for her Masters's Degree in Organizational Leadership.
Advertisement
Anime Batman Closet Cosplay Comics Cosplay DC Disney Marvel Video Games
Advertisement 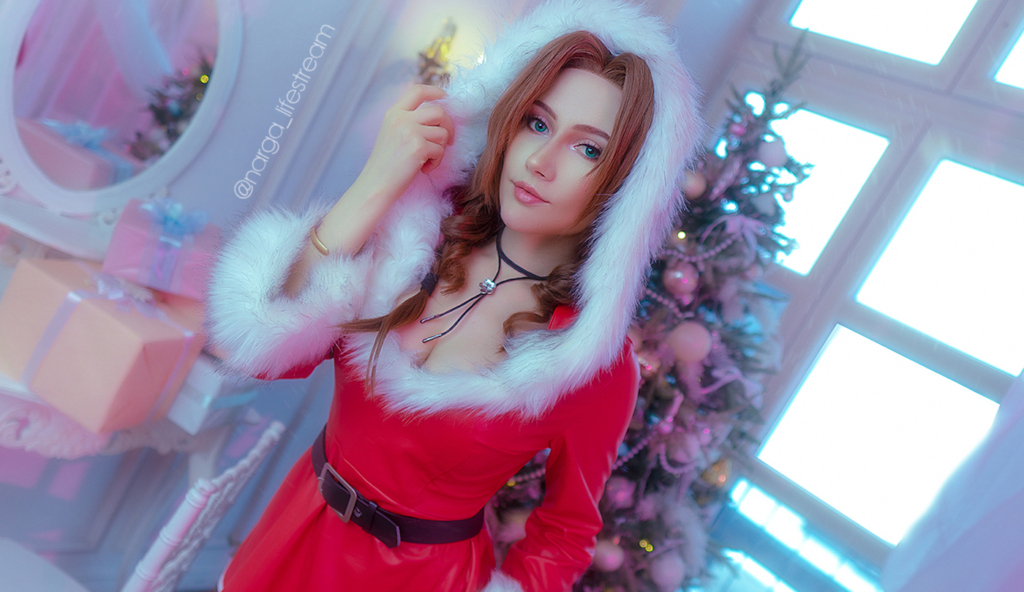