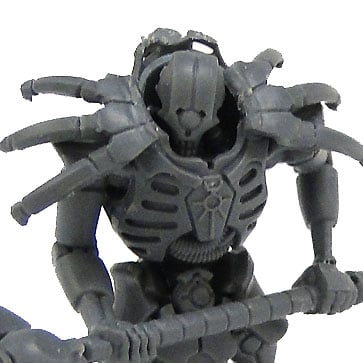 MBG here with how I spent last weekend; converting, lol. I messed around with all the new Necron bits, and made conversions for all the units not released yet – including this Cryptek with Temorstave conversion I came up with. 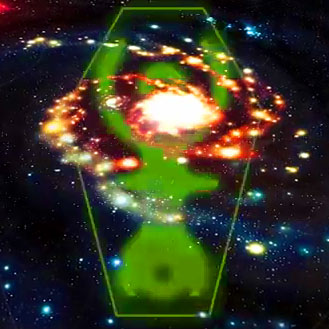 And look what showed up exactly on schedule the week leading up to Halloween….  Hmmm, I wonder who it could be… via the Games Workshop youtube channel ~Look for the big drop this Saturday.  All our previous Necron teaser, models, and rumor coverage is here; rules rumors are here. 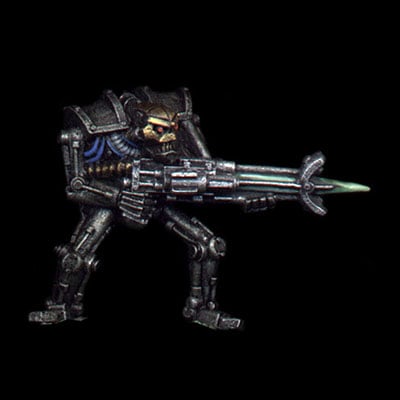 a new codex please… The birds are saying it will be a very *spooky* Halloween boys and girls – if your idea of spooky is bitter, well armed robots. Thanks to Eldargal for digging up this one:  “confirmed by my local GWS store, cant say who or they might face legal action lol, necrons annouced 22nd […]

Stats on some toaster units are making the rounds on the tubes today.  Juicy stuff after the jump. via Warhammer-Basilisk Necron Unit Stats BoLS Lounge Hmm, overall it fits in the overall channel of what we have been hearing.  Fonts look correct. Points pricing seems believable.  I’m not sure if I believe T:4 on Immortals, and some […]

So we’ve seen harping for months now that the Necrons are the next codex to be updated.  A sharp eyed bird wanted to pass this little piece of info onto you: Take a look at the Necron Product Page on the Games Workshop site…. You guys notice anything that has been pulled in the last […]

Another week and still more tidbits are out and about regarding the upcoming Necrons. This time we take a look at the dreaded Monolith. The Big Bad Monolith Returns The BasicsEveryone’s favorite lunchbox of doom is said to cost roughly 200pts, and keep its current 14/14/14 Armor all round. It is a Skimmer, Tank that […]

Another week and yet more morsels are out and about regarding the upcoming Necrons. This time we get info on the updated fluff and the nasty new Scarabs. Updated Necron BackgroundNecrons have now fully awakened. All previously encountered Necrons were “bugs” in the reawakening program and were under the sway of the two rogue C’tan. Now fully […]

Drip, Drip, Drip… The Necron rumors continue…  Today’s catch: Tomb Spider details Necron Rumor Thread (Lounge) (Caught a glimpse of the new necron tomb spyder) —It was definitely a Tomb Spyder, on a plastic sprue in two parts (i.e. two sprues). I wasn’t meant to see it, but I don’t want to get the person […]