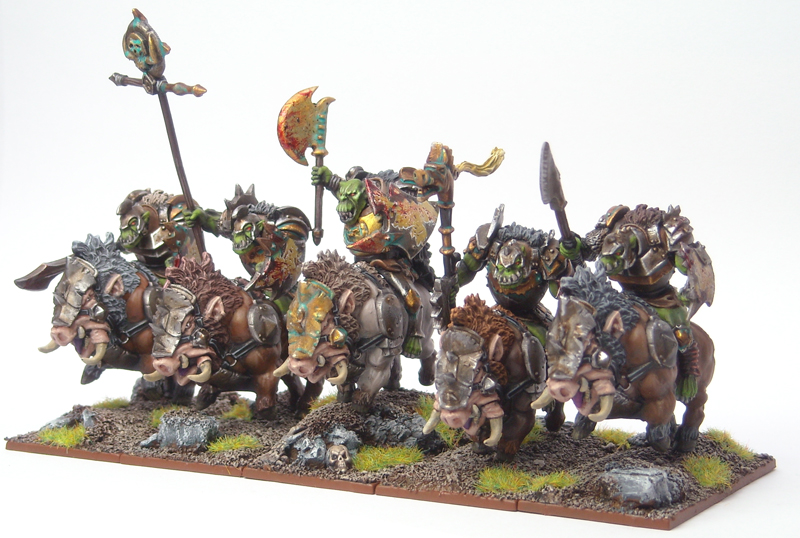 Mantic’s been busy…  Check out the latest for the Kings of War Orc range – the Gore Riders And a bit of flavor text from the new boys on the block from Nottingham: Gores are beasts bred for one purpose – war. Fast, agile and furious to behold, these war-beasts make great ferocious cavalry for […] 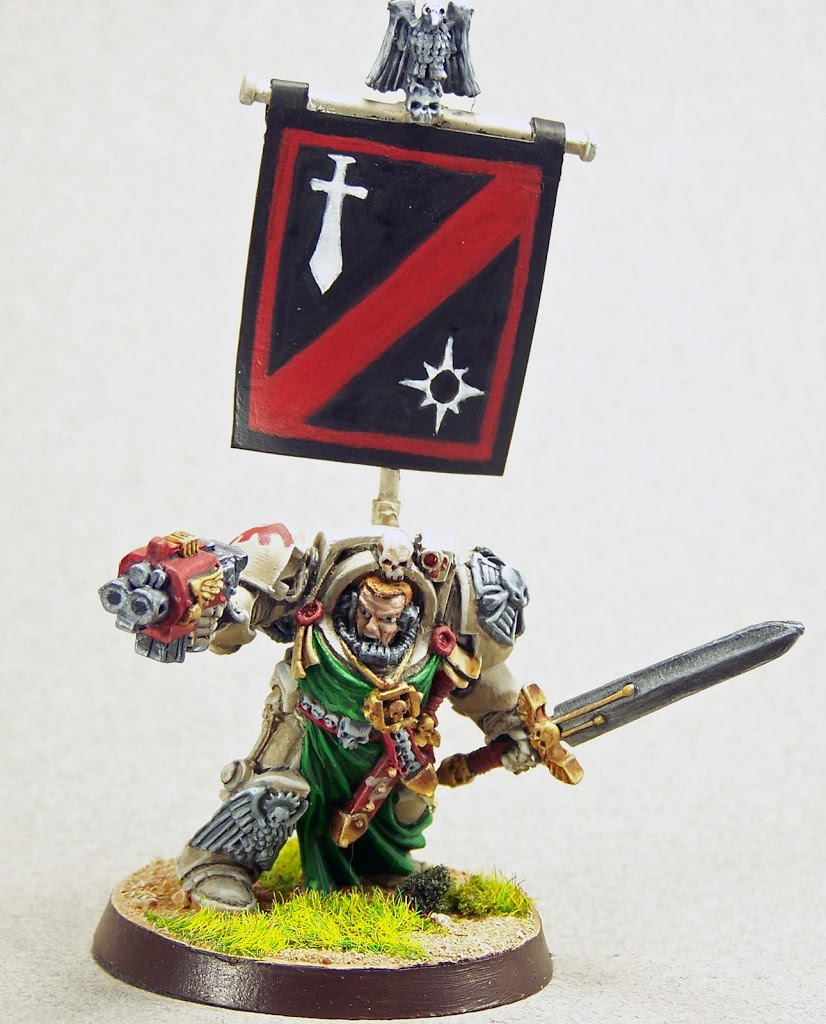 This article is an overview to a series I’ll write about how to play the newly popular Grey Knights Draigowing as primarily a walking gun line army. IntroductionDraigowing is very powerful in melee but in my opinion their main strength is derived from heavy saturation in terms of their midranged firepower. My style of play […] 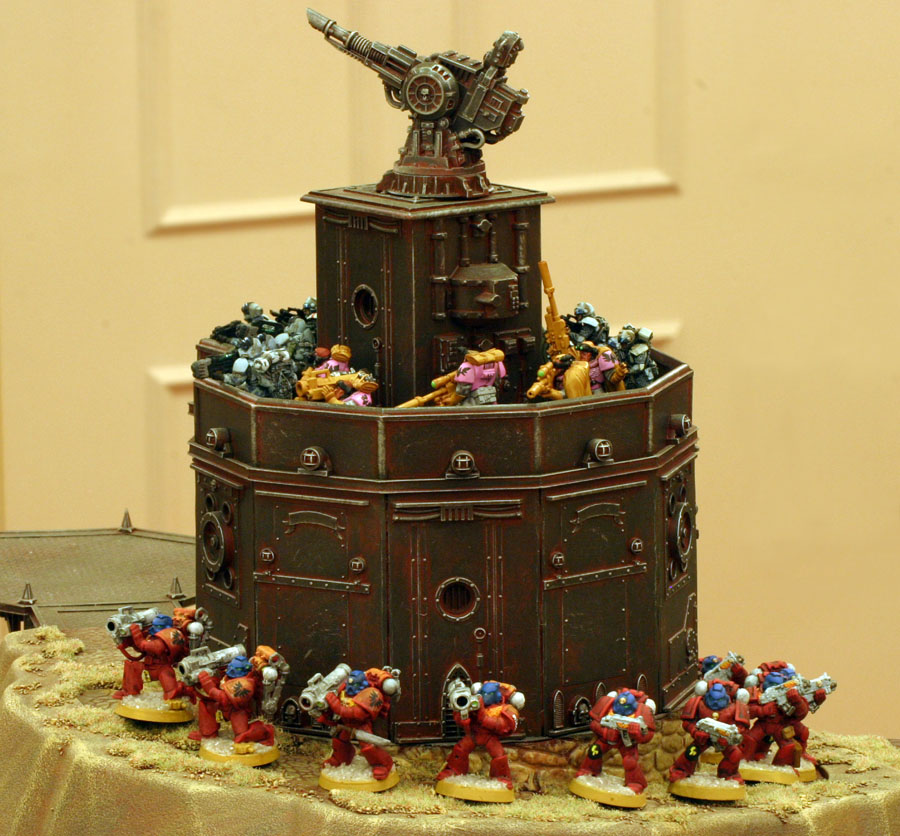 The Alamo – 40k EditionWho gets to play Davy Crockett and Santa Anna? Enjoy. If you have an awesome wargames shot you think would make a great BoLS pic of the day, email us. We love spectacle and characterful shots so lets see what you budding photographers can do! Warhammer 40k, Fantasy, Warmachine/Hordes, Mantic & Flames […]

ODDBALL: The Tastiest Warjack Ever? 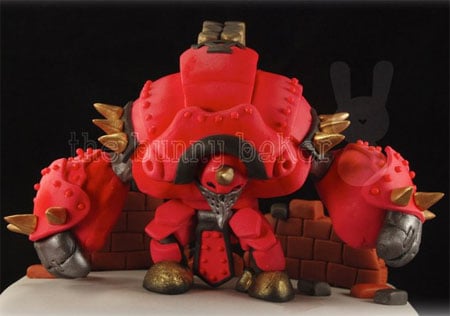 We’ve seen custom Squig Cakes, and now its time for Warmachine to get a turn.  Look at perhaps the most yummy part of the Iron Kingdoms unveiled yet… Khadoran Warjack Cake (facebook) ~What’s the POW of a cake knife attack? Also, any ideas what his special rules would be if you designed his card? 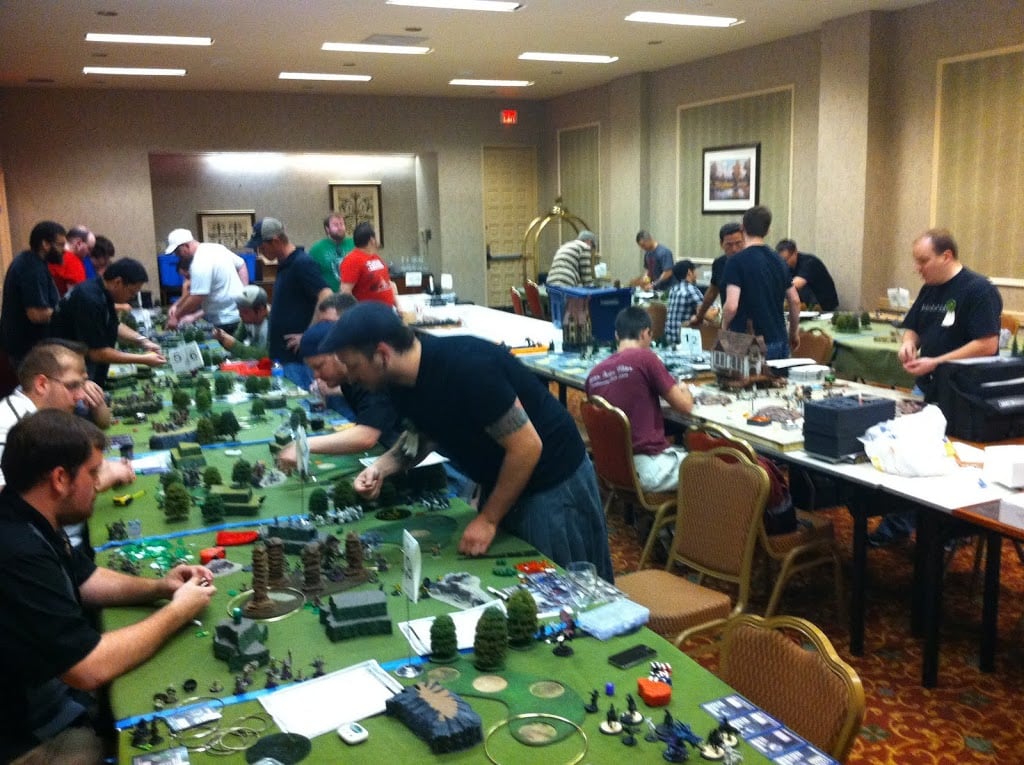 WARGames Con 2011 saw a much larger Warmachine and Hordes presence than last year. One 14 player Steamroller Tournament last year grew into 3 days worth of events with over 30 participants. The numbers far exceeded my expectations for a tournament I thought would be mostly a local affair. The first event was Friday’s Mangled […]

Hi everybody. The BoLS video battlereports continue – This week is kinda special.  Reader Phillip flew all the way from Switzerland to Austin TX for WargamesCon with his beloved Blood Angels.  He had a great time and stayed on an extra week.  How could we not give him a starring role in a battle report […] 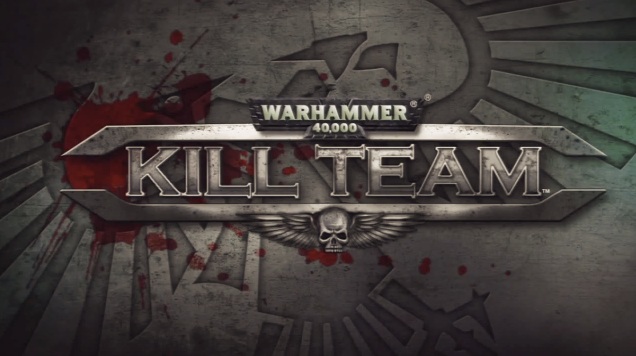 Hey, you got your Dawn of War II in my Gauntlet! Hey BoLS fans. AdamHarry here with a game review for THQ’s Warhammer 40k: Kill Team. For the record I’m not a professional game reviewer — I just play one on the interwebz. I’m not looking to review the game as a professional, but as […] 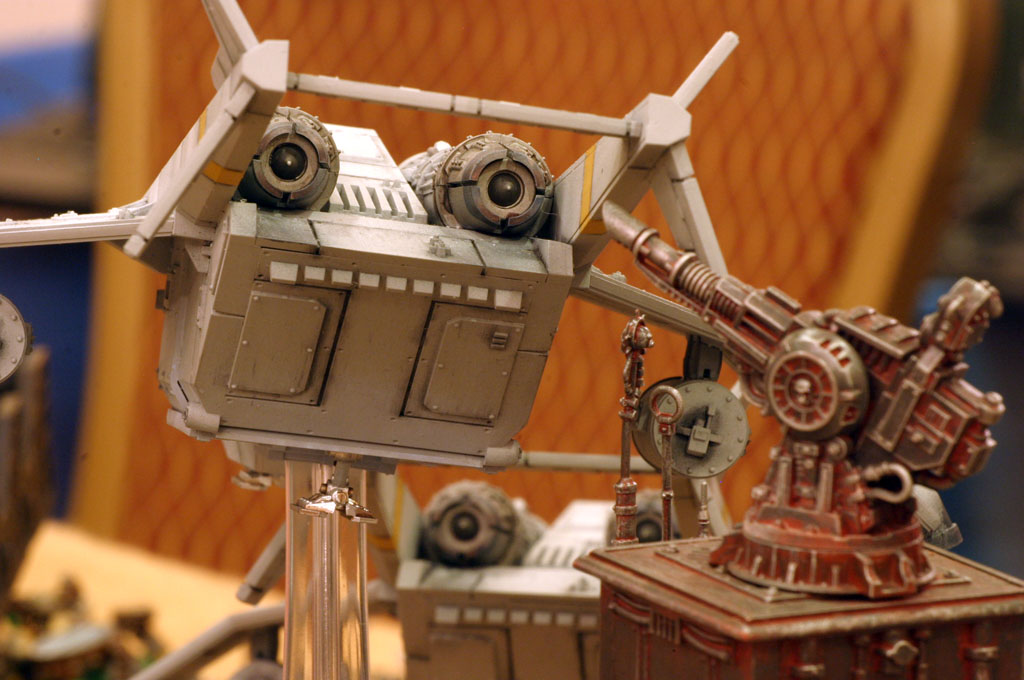 This is gonna hurt… Dead Valkyrie haiku contest – GO! Enjoy. If you have an awesome wargames shot you think would make a great BoLS pic of the day, email us. We love spectacle and characterful shots so lets see what you budding photographers can do! Warhammer 40k, Fantasy, Warmachine/Hordes, Mantic & Flames of War shots […]

“He knows where the Black Library is, and they don’t charge him late fees.” – Duke Hello again fellow citizens of BoLS-land.  It has been a couple of weeks since my last update, I blame that entirely on the awesome time I was having at WargamesCon last weekend.  Anyhow, time to get back on track. […] 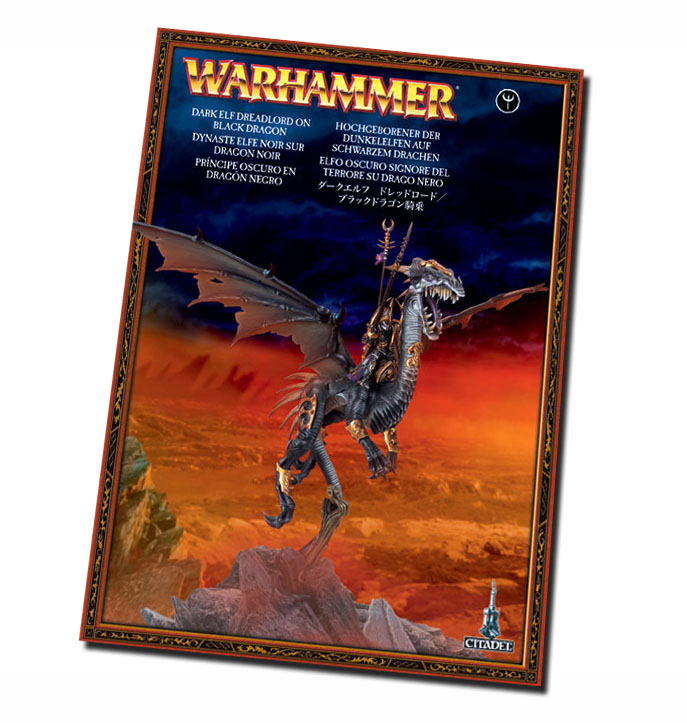 Frost here with a review of the ambitious expansion Storm of Magic, which contains rules for massive monsters and magic in games of Warhammer Fantasy. What Is It?The question burning in the minds of many readers is, “Isn’t it just Fantasy Apocalypse?” In some ways, yes it is. In some very significant ways, it is […] 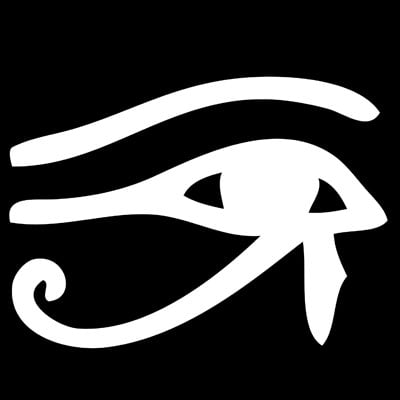 Oh, the birds are a tweet tweeting…  Here’s the latest scuttlebutt out there on what’s coming down the pipe for Warhammer 40000… So we all know this summer is Sisters of Battle in White Dwarf. Next up is Necrons said to be in the November time slot (same as Dark Eldar last year) Then Chaos […]