Kill Team Elites introduces a lot to the game: Elite commanders, new units, and a whole new faction–but perhaps biggest of all, chapter tactics are here.

FFG: Ring In The Holidays With New 2019 Calendars 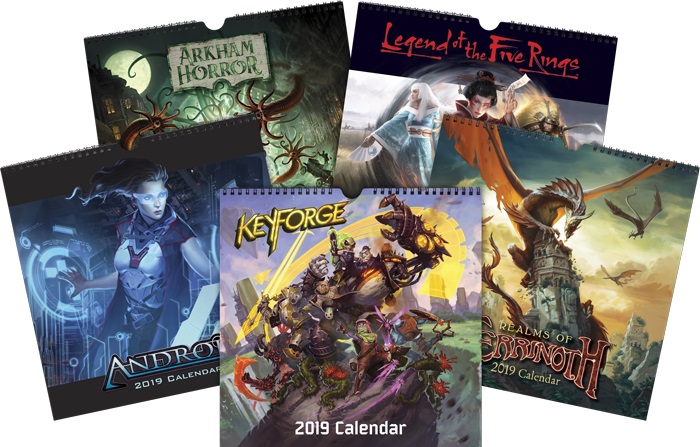 Get the perfect calendar for the Gamer in your life with these new options from Fantasy Flight Games!

FFG: Now Available ‘Heroes of Terrinoth’ & ‘Across The Galaxy’

Star Wars: Destiny has a new set out this week and there is a whole new way to adventure in the Runewars setting with Heroes of Terrinoth. Check out what’s new from Fantasy Flight Games!

The game that helped launch a franchise is back with a new edition plus additional Runewars and A Game of Thrones expansions are also now available from Fantasy Flight Games!

Fantasy Flight Games has a new batch of products in stores this weeks. The Elves are getting some back up in Runewars and The Lord of the Rings: TCG has a brand new Adventure Pack for the Ered Mithrin cycle!

Fans of Fantasy Flight Games, mark your calendars for November 1st-4th, it’s the World Championships for A Game of Thrones: The Card Game, Legend of the Five Rings, and Runeswars Miniatures Game!

Two new heroes join the fray in Runewars. Baron Zachareth joins the Daqan Lords as Lord Vorun’thul musters forces with the Waiqar! Get ready for war on a whole new front!

The tragedy of a violent death can cause undead consequences in the land of Terrinoth. That’s when the Wraiths rise up to take vengeance on the living – come see the wrathful new unit for Waiqar: The Wraiths Unit Expansion!

Fantasy Flight Games has a ton of new products out this weekend for their LCGs and also three new expansions for Runewars!