More characters enter the apocalyptic fray of Riot Quest. We’re looking at Feora the Forsaken and the Four Horseymans!

Team up with a friend and battle a super-powered enemy monster with this new cooperative expansion for Monsterpocalypse! We’re taking a look at what you get in the Megaton Mashup box. 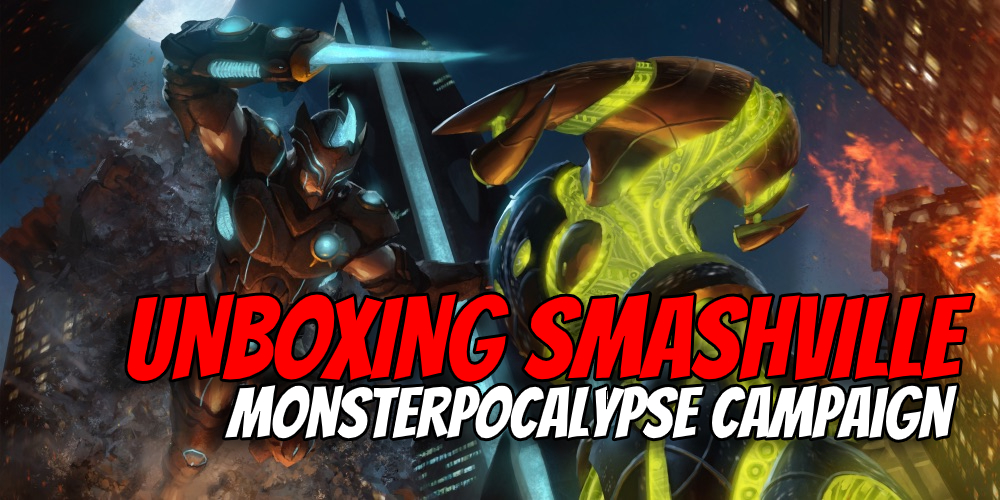 We’ve got our hands on the new Smashville box for MonPoc, let’s open it up and see what’s inside!

Another week brings us more Black Order spoilers! We’re taking a look at Black Dwarf and some new Tactics cards for Crisis Protocol!

We’re incredibly excited about the release of the next bad guy Crisis Protocol affiliation, Black Order! Here’s all we know about the in-game rules so far.

Being inside got your bummed you can’t play Monsterpocalypse? TableTop Simulator to the rescue! Here are some tips to get you back playing MonPoc as we wait this pandemic out.

The Trions have risen from the oceans to save their planet – let’s check out the Steel Shell Crab and Psi-Eels units now available for the Protectors!